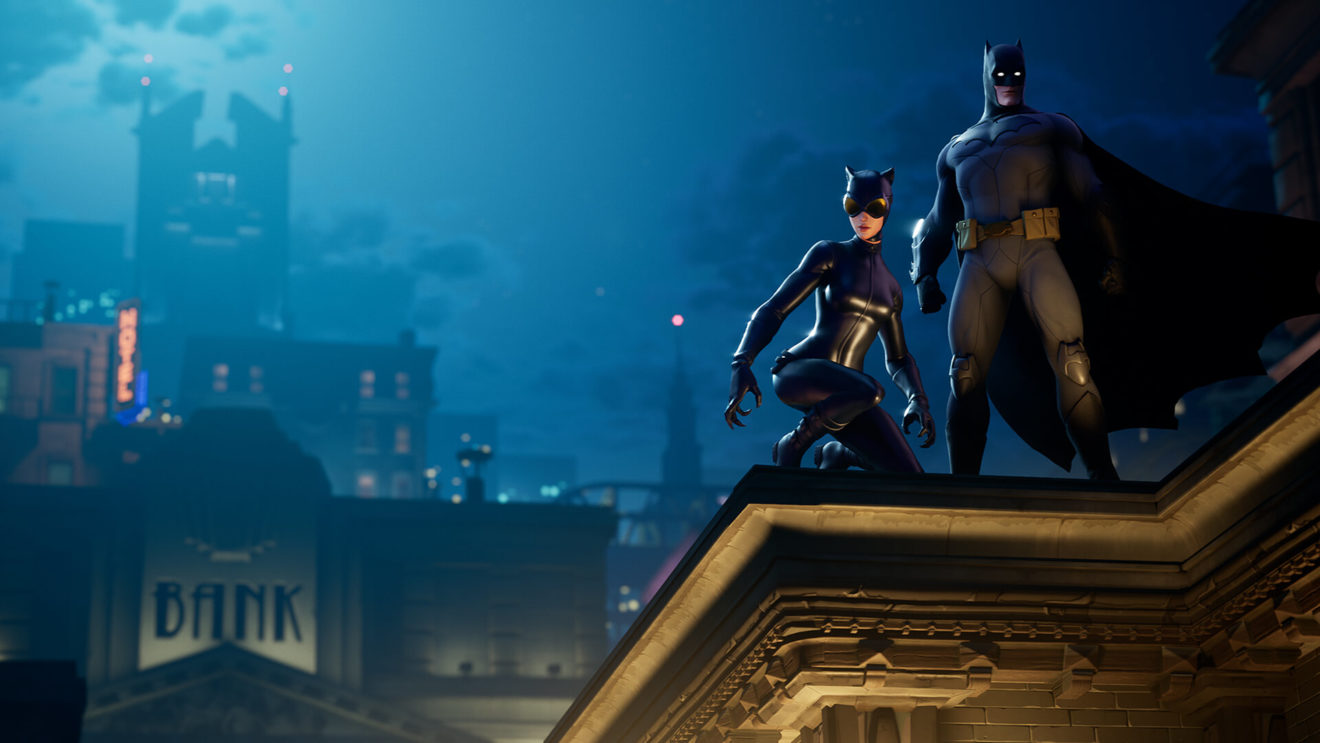 Following a small tease, Epic Games has kicked off the Fortnite X Batman event, bringing the DC superhero to the game.

This new event brings with it the Gotham City point of interest. Gotham City replaces Tilted Town on the map and allows players to glider redeploy using the Batman cape while in the Rift Zone.

In addition, two new items have been added to the game: the Batman Grapnel Gun and Explosive Batarang. The former is a grappling hook with 10 charges that will launch players in the direction of the impact when fired. At the apex of the launch, the Batman Cape will be deployed, allowing players to glide great distances. While the latter will hone in on opponents when thrown and will explode when in close proximity of an enemy.

The event also comes with a new challenge pack for players to complete. Completing these challenges will reward sprays, icons, and the Catwing Glider.

Finally, several new cosmetic items are available. The Batman Caped Crusader Pack is available from the in-game store until October 6th for real money and includes two Batman outfits, a glider, and a pickaxe. While the Catwoman outfit, Back Bling, pickaxes, and emote can be picked up for V-Bucks.