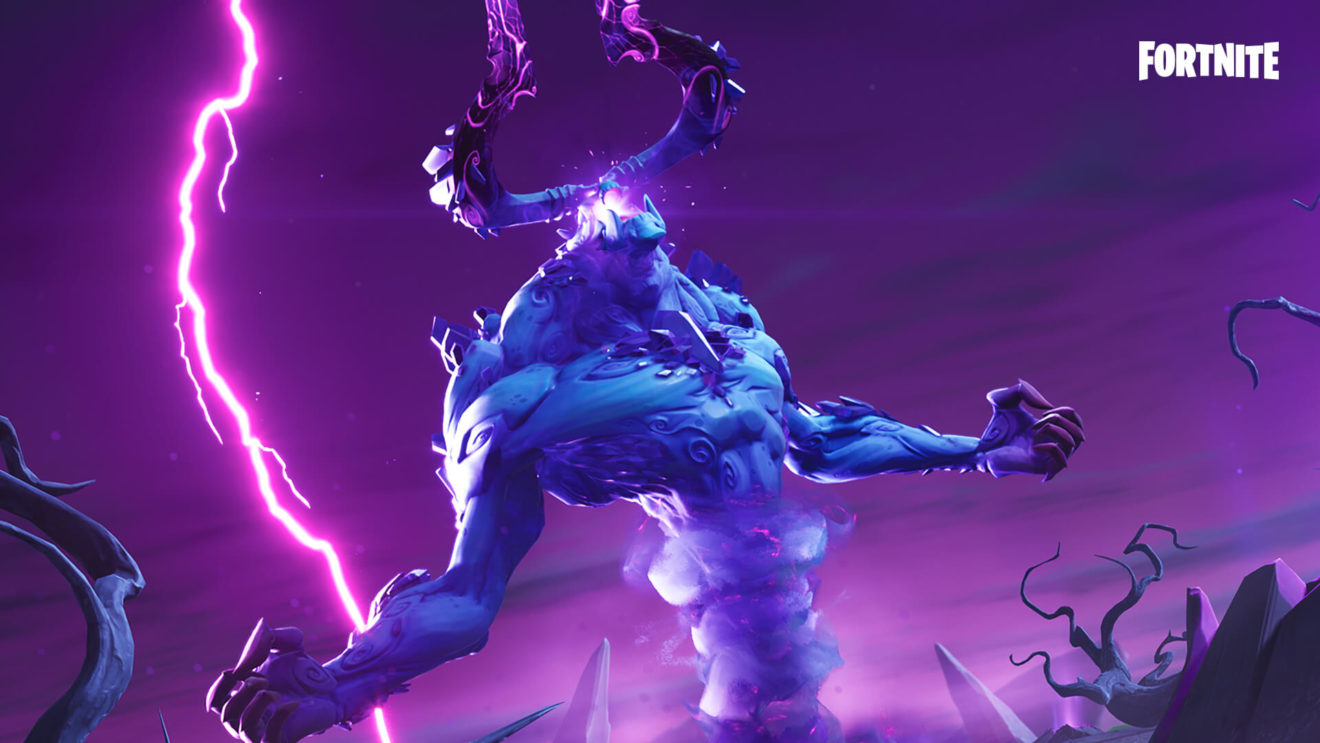 Fortnitemares returns with a battle against the Storm King

Epic Games has pushed a new update live for Fortnite on all platforms that brings with it the start of Fortnitemares 2019.

During the event, Battle Royale players will be able to take part in a new limited-time PvE mode that sees them taking on the Storm King from Save the World. Players who manage to take down the Storm King will be rewarded with a special umbrella.

In addition to this new LTM, The Combine has returned with a spooky makeover and players can now assign nicknames to their friends.

As for Save the World, players get a new questline, an updated fight against the Storm King, and a new Fortnitemares Llama. Finally, the Dire Ninja hero and the Ghost Pistol are returning to the in-game store.