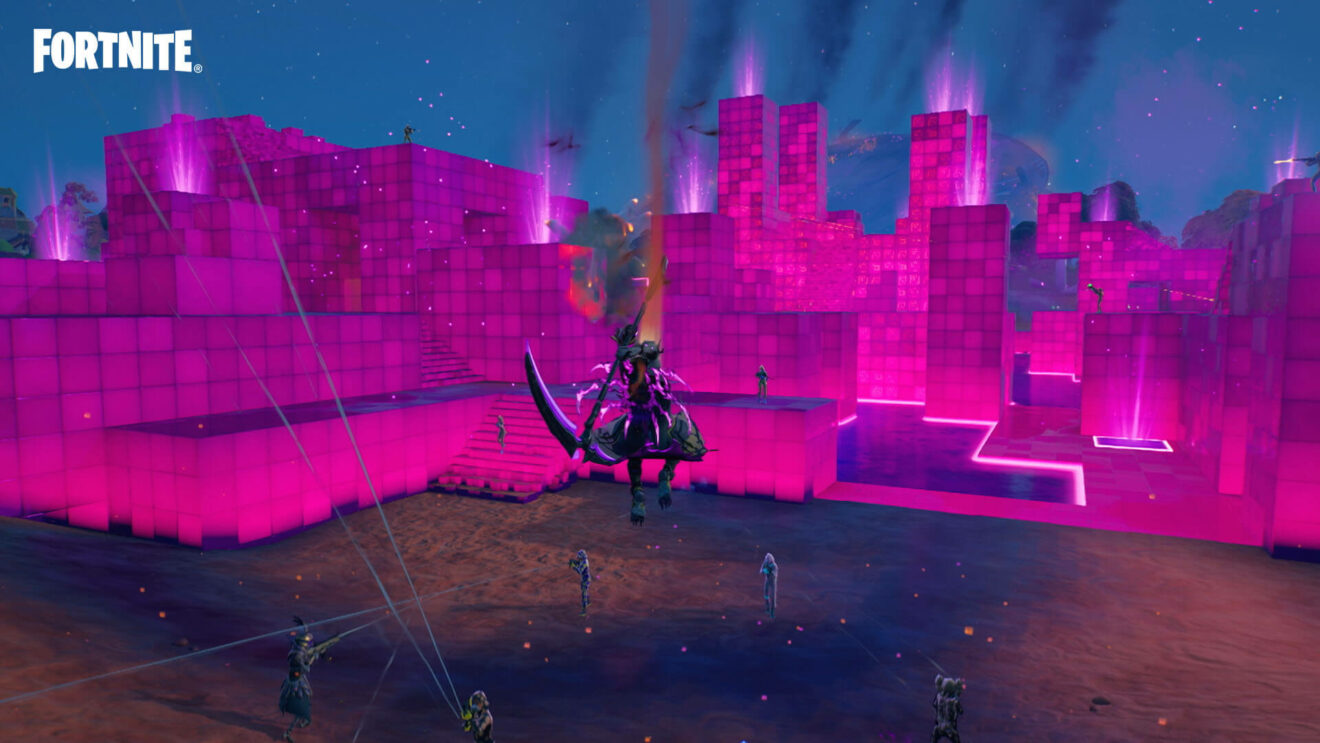 Fortnitemares continues with Wrath of the Cube Queen

Fortnite’s Halloween-themed Fortnitemares event has entered its next phase with the release of the 18.21 update.

The Cube Queen has arrived on the island, causing the Cubes to form a new area in the center known as The Convergence. Additionally, she has brought her strongest warriors yet with her: Caretakers. These “tall, foreboding, shadowy apparitions” use their tendrils to pull players into The Sideways for a fight. Survive the Caretaker’s attack for some rewards.

Players can also now use the Sideways Scythe, as well as the returning Pumpkin Rocket Launcher and Witch Brooms.

That’s not all though, as Horde Rush is back. The limited-time mode sees players fighting alongside teammates to survive against waves of enemies before taking down the final boss. Complete related Horde Rush quests to unlock the Thinking Juice Back Bling, Cube Queen Banner, and Cuddle Scream Leader Spray.