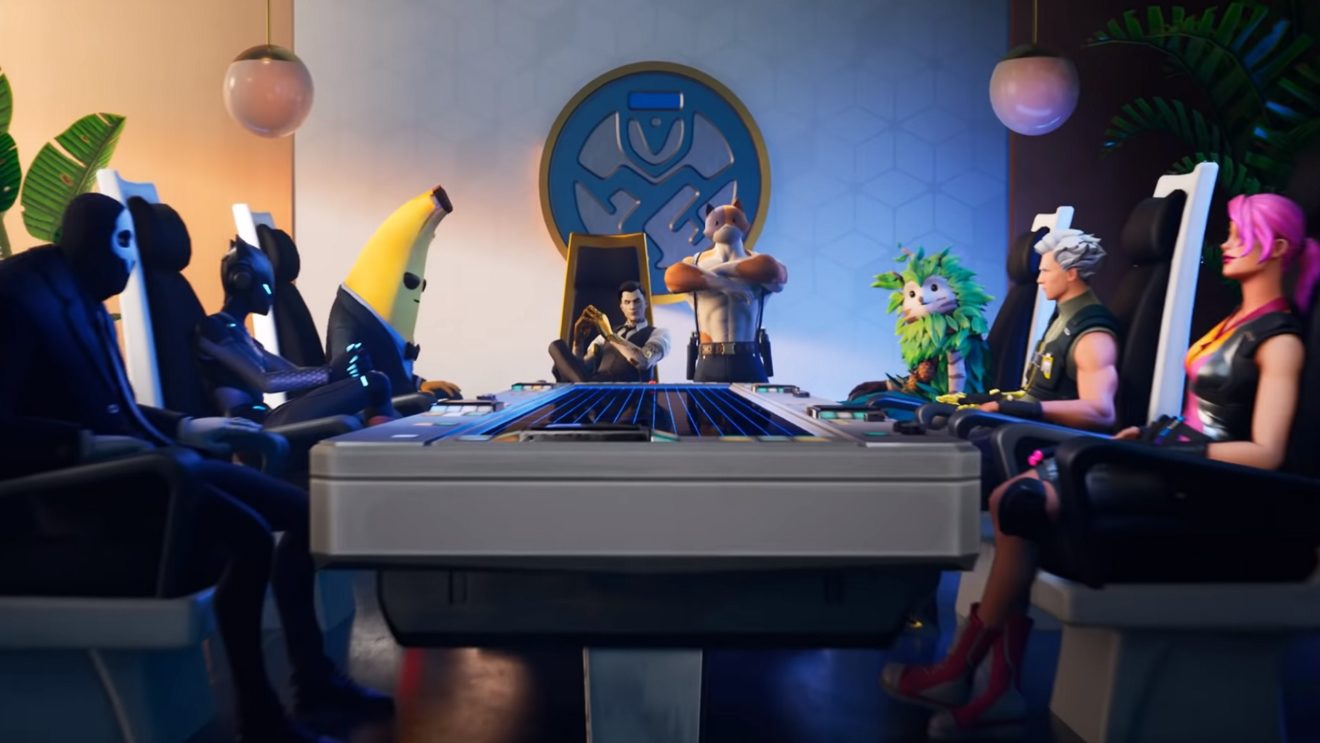 Epic Games has released a new update for Fortnite on all platforms that finally signals the start of Chapter 2 Season 2.

A lot has changed in this update with the introduction of new locations, secret passages, and enemy bases. These new bases can be found in various places around the map and are guarded by AI henchmen. Take out the henchmen and the leader to obtain a mythic weapon and a key card to a vault filled with loot.

Season 2 has also revamped the Battle Pass screen by turning it into a headquarters for the spies. This new screen houses challenges, the old Battle Pass page, an area to upgrade the new Maya skin, and a hidden section that is occupied by Deadpool. That’s right, Deadpool. As seen at the end of the Battle Pass trailer below, Deadpool will be the secret skin for this season. Head to the computer in his secret hideout and complete the challenges listed there each week to unlock him.

Other changes include the removal of damage traps, the addition of cardboard boxes to sneak around in, new Decoy Grenades that will create a copy of a player’s character, and the option to shake down a downed opponent to learn where their teammates are.