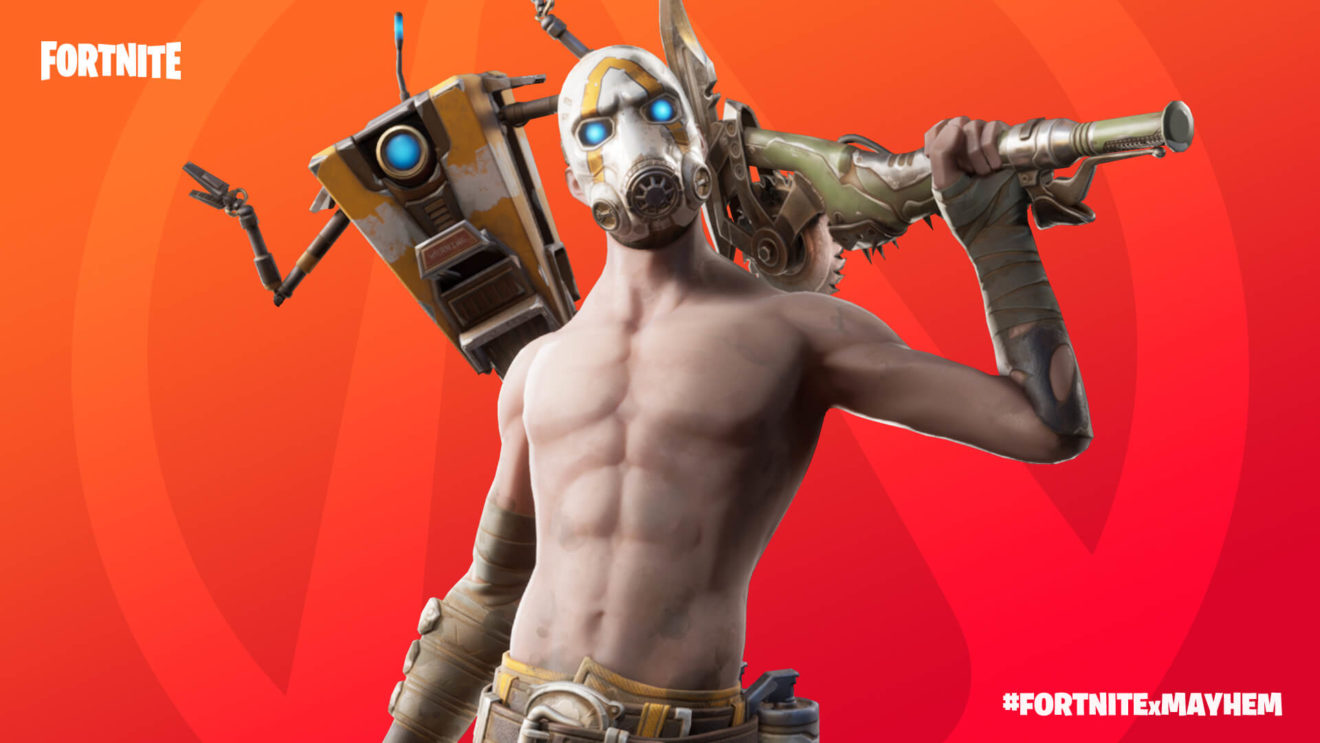 Epic Games has kicked off the Fortnite X Mayhem event with this week’s update, bringing Borderlands’ Pandora to Fortnite.

From today until September 10th, players can visit the Pandora Rift Zone and pick up the Psycho Bundle, which includes a skin based on Borderlands’ Psycho enemies, a pickaxe, and a Claptrap Back Bling. As well as this, the Pandora Challenge Bundle is available to all players for free. Completing the challenges in this new bundle will reward the Mayhem Wrap, Vault Hunter Banner, Psycho Spray, and Crunk Bunny Spray.

In addition to the crossover, today’s update introduces the Shield Bubble item. This new item creates a large bubble that blocks all projectiles and explosives for 30 seconds. Players can still run through the bubble and it has an emitter that can be destroyed to deactivate the bubble early.

The final bit of news for Battle Royale players is the removal of the Storm Flip, Drum Gun, and Storm Scout Sniper Rifle.

Moving onto Save the World. This week, players get a new narrative questline, the introduction of cosmetic pickaxes, and a new Sound Wall Trap. There’s also the continuation of the Hit the Road event and a new Rad Llama, which contains four new Rad heroes and five Boombox weapons.