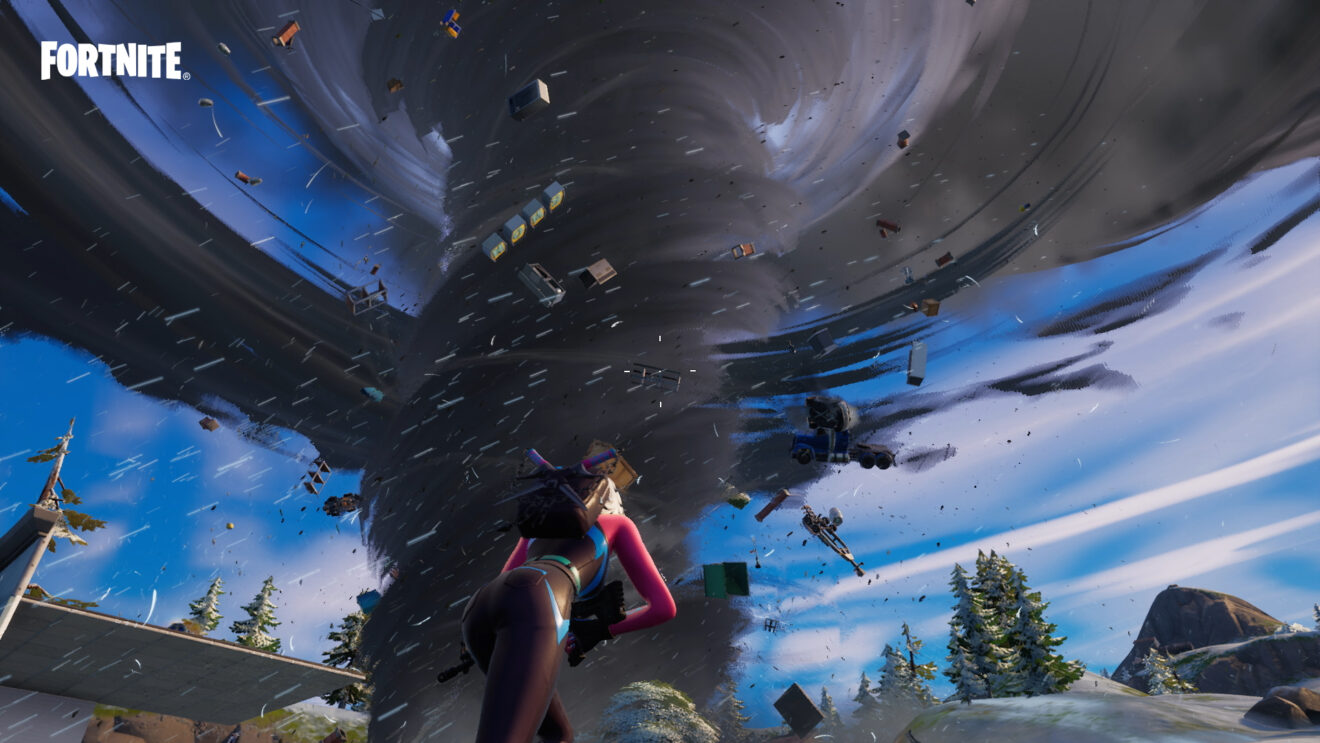 The new weather effects that were teased at the beginning of Chapter 3 Season 1 have finally arrived on the island.

First up are tornadoes that will begin to form and offer players an escape strategy or a quick way across the island. After getting caught in a tornado, players will spin around until they choose to leave via glider or get thrown after a certain amount of time. Players who are thrown will take no fall damage.

Players should also keep an eye out for dark clouds forming which signal a lightning storm. Getting hit with lightning will slightly damage players, but offer a speed boost. Increase the chance of getting hit by jumping into the water or reaching a high point.

Additionally, this latest update brings back the Flare Gun and kicks off Tornado Week. Until January 17th, there’s a higher chance for tornadoes to form.