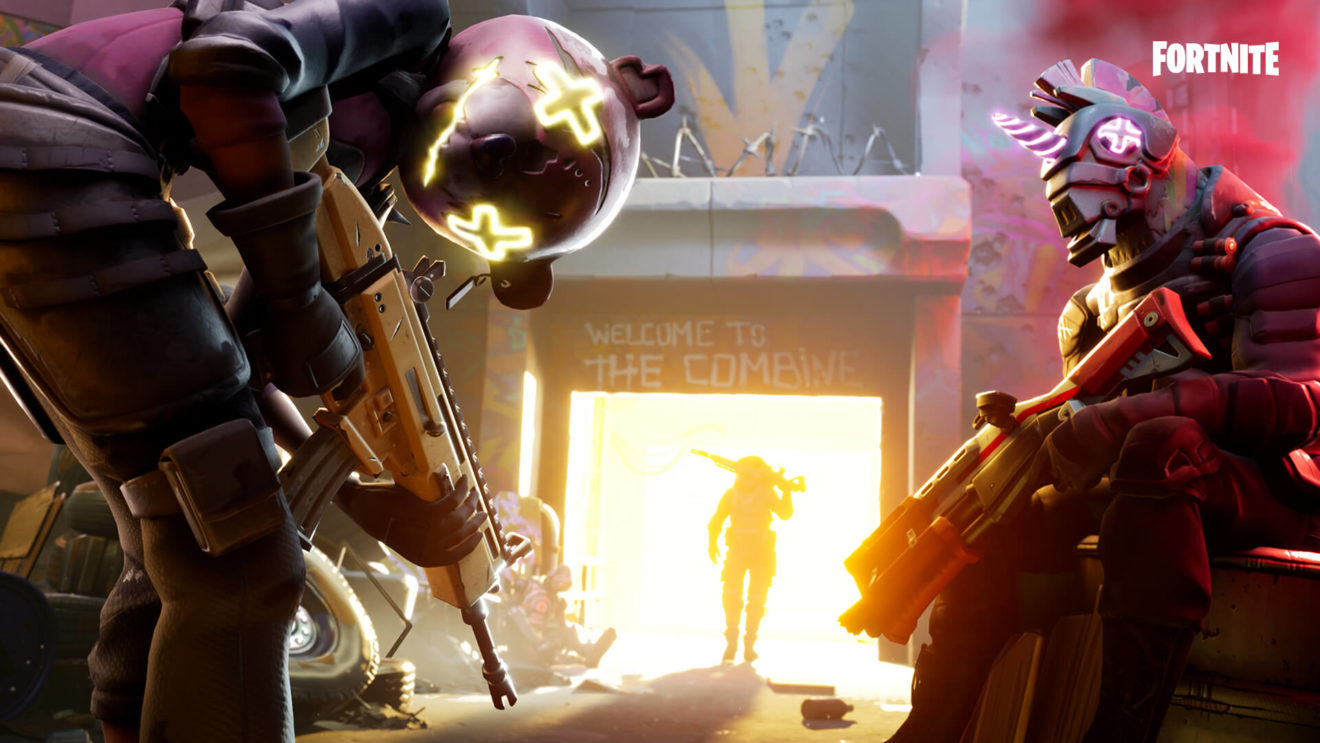 Epic Games has pushed a new update live for Fortnite that brings with it a new Rift Zone, The Combine playlist, and a new Zone Wars limited-time mode.

First up is a new Rift Zone called Starry Suburbs. This new addition brings back the ruined neighborhood that was near Pleasant Park. However, it has now been renovated and shooting stars are falling that contain powerful items, including “a never-before-seen-weapon.”

Also introduced this week is Zone Wars, a solo mode that simulates the end-game of a Battle Royale match. Players will randomly spawn with a randomized inventory and must eliminate their opponents inside a moving storm. The Zone Wars playlist contains four of the most popular Zone Wars games created by the community.

Another new addition is The Combine. This new playlist will test players’ accuracy and tasks them with completing a course and taking out targets in the quickest time possible. Players can compare themselves to their friends and other players via leaderboards.

Moving to Save the World. The update adds a new mini-questline, the final part of Quinn’s Hit the Road quest, the Staccato Shotto weapon, and a final quest to the Canny Valley storyline.