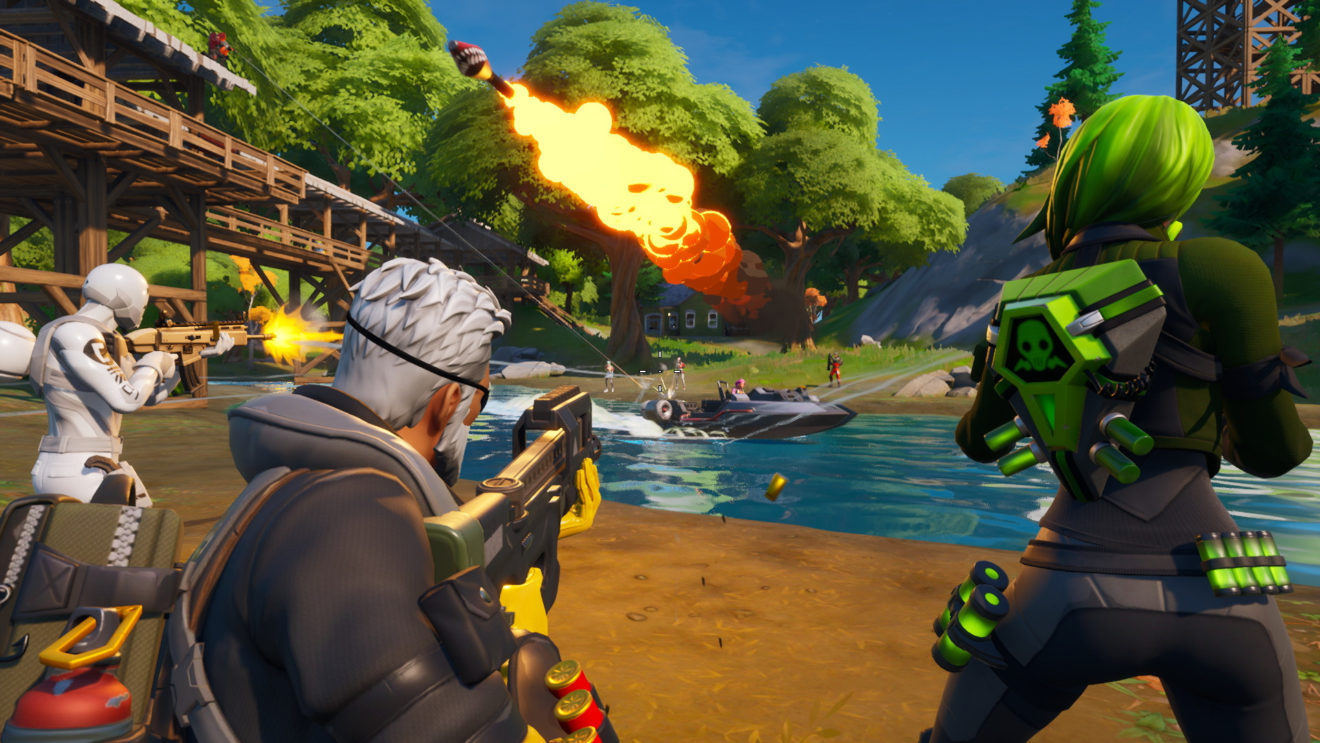 Actual patch notes for today’s update have not been shared, but it doesn’t take the community long to uncover all the new additions. First up is a new umbrella called the Kingsman. This new item can be used to block bullets, dash forward, deal melee damage to opponents, and slow a fall.

Also added today is the Crash Pad, which can be deployed while falling to bounce players back up into the air.

In addition to these new items, several bugs have been addressed, including accidentally carrying players, getting stuck on the “Select Tech” screen in Spy Games, style selections not saving in the locker, and more. A full list of bug fixes can be found over on Fortnite’s Trello board.

Moving onto Save the World, Dungeons are returning to the game alongside a new Knightfire Bow. The former will be available from April 3rd, while the latter joins the Weekly Store tomorrow. Players will also be getting another chance to obtain the Miss Bunny Penny hero and the Pirate Llama set. Read the full patch notes here.