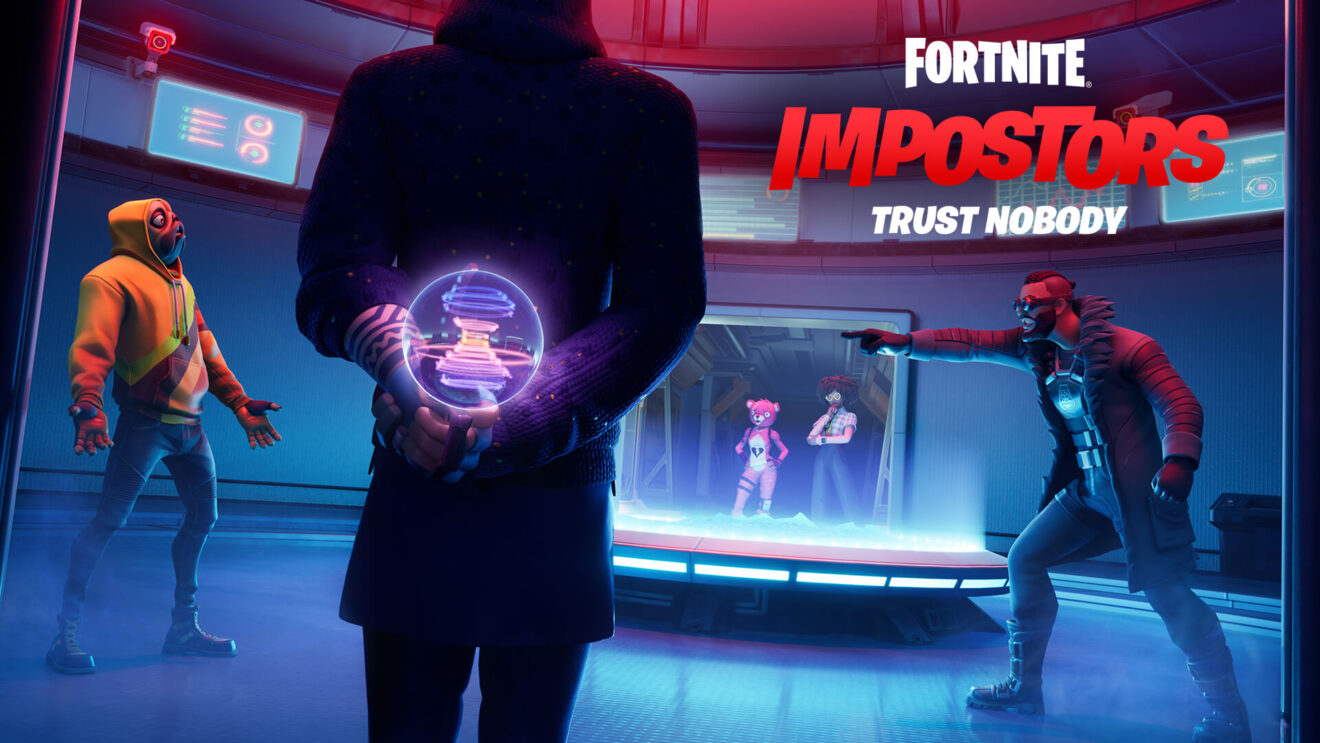 Epic Games has introduced a new Impostors game mode that tasks players with protecting the IO’s top-secret facility known as The Bridge.

The mode splits players into Agents and Impostors. The Agents need to complete tasks around the Bridge, such as calibrating chests and llamas and repairing the Battle Bus, while Impostors need to eliminate all Agents before they can complete their tasks.

Similar to Among Us, players can force a discussion by reporting a dead body or using the Discussion panel in the center room. Work out who the impostors are and vote to eject them from The Bridge before they can achieve their goal.

Today’s update also adds the Burst Pulse Rifle to the game, which fires two rounds and has a bigger clip size than Doctor Slone’s special Pulse Rifle, and starts the abduction of Coral Castle.