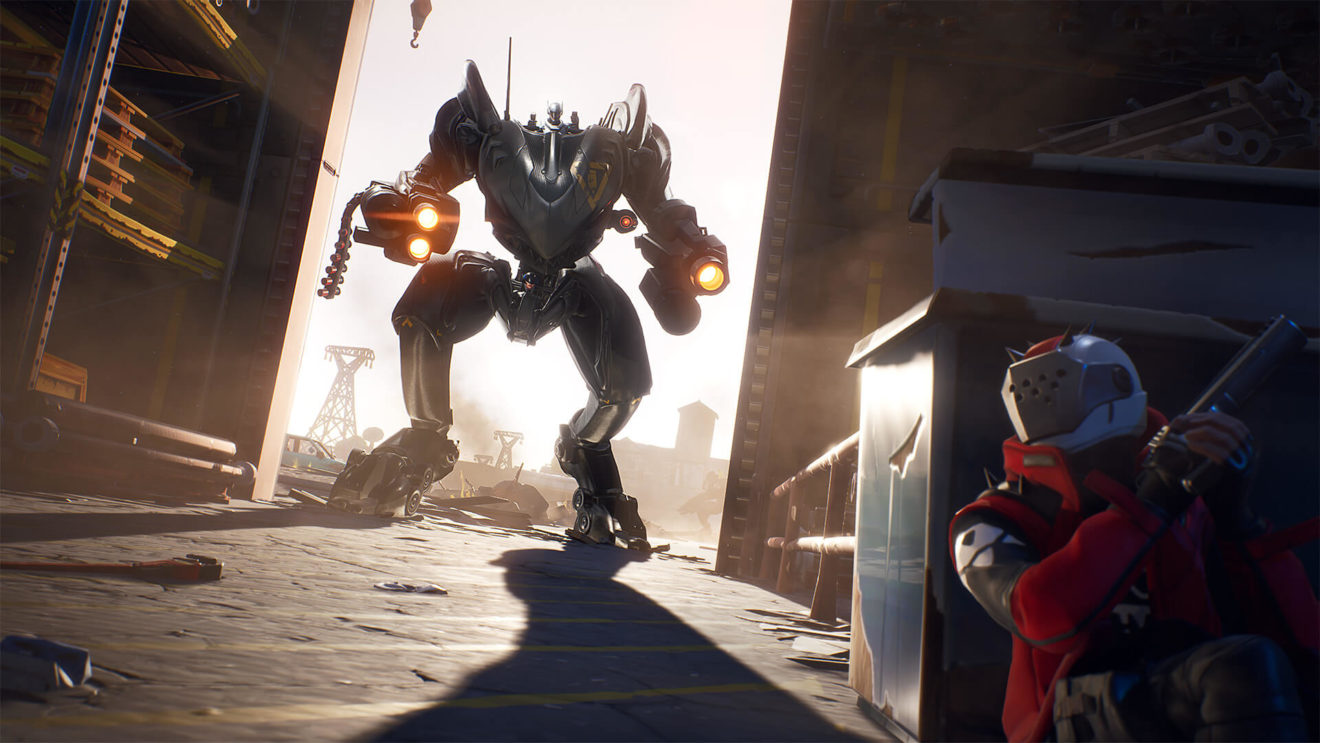 Epic Games has released a new update for Fortnite on all platforms that brings with it the start of the game’s tenth season.

The big new addition for Season X is a two-player mech called a B.R.U.T.E. One player controls the mech’s movement, while the other is in charge of weapons, which include a shotgun and a missile launcher. The B.R.U.T.E. can also harvest any material it destroys and create an Overshield by consuming 200 of any material.

In addition to the B.R.U.T.E., Rift Zones have been introduced. These new areas are “locations once thought to be lost” and feature game-changing effects, such as no building.

“Over time, we have added many mobility options, both itemized and map-based,” Epic explains. “We feel that Season X is better experienced with a reduction in mobility. As with all changes, we’ll keep a close eye on how this affects the player experience.”

While on the Save the World side of the game, players finally get access to the Locker feature. The Locker works similarly to its Battle Royale counterpart and allows players to select custom emotes, music, and loading screens. Epic notes that the Locker is currently shared between both modes, so changes in one will affect the other.

Finally, today’s update adds the new Hit the Road mission, in which four players must escort and protect Quinn’s van from the Husks. Players start with no materials or weapons and must scavenge for supplies.

Take a look at the full patch notes for Season X here.