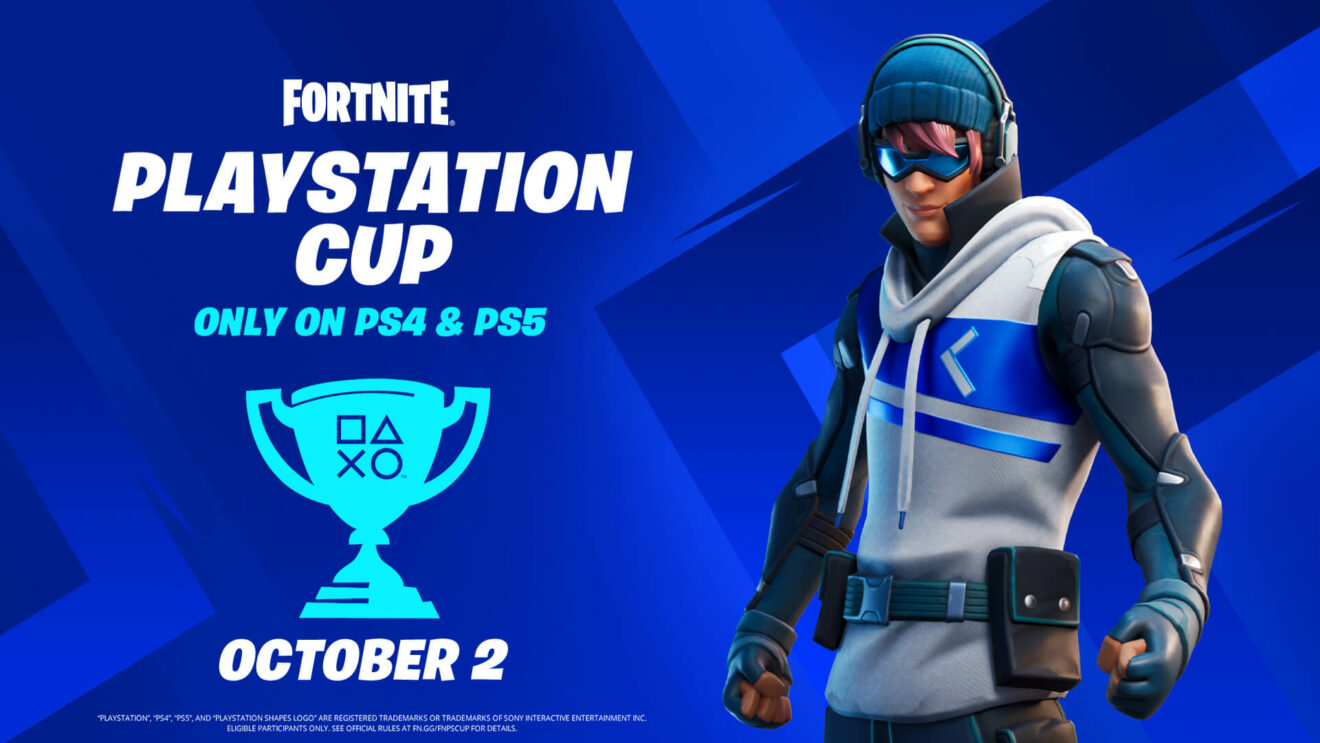 Epic Games has announced that a PlayStation Cup will be happening in Fortnite in both October and November.

The first tournament begins this weekend on October 2nd with a total prize pool of $113,400. Another tournament with the exact same prize pool is scheduled for November.

The PlayStation Cup is a solo tournament split into two rounds. Round 1 is open to all players on PlayStation 5 and PlayStation 4 and gives them three hours to complete 10 games and earn the maximum amount of points possible. The top 100 players from each region can proceed to round two and compete for cash prizes.

In Round 2, players are given just six matches in a single lobby to earn as many points as they can, but eliminations are worth double points in this round. Players who rank between 1st-64th in the EU, NAE, NAW, and Brazil regions will earn prize money, while the top 20 will be rewarded in OCE, ME, and Asia.

To participate, players must have an Epic Account that is at least level 30 and two-factor authentication on. Find out more here.