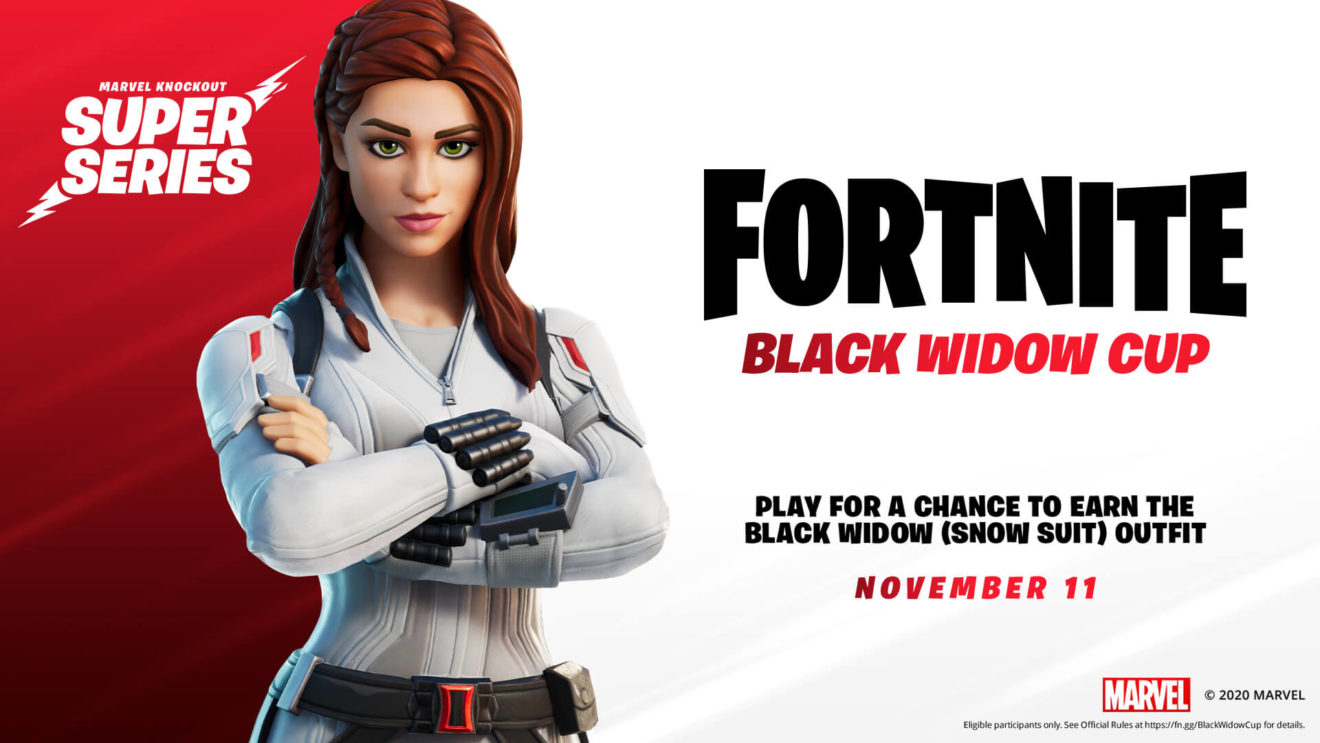 Fortnite is getting another Black Widow skin

Epic Games has revealed that the next Marvel skin coming to Fortnite will be a new look for Black Widow.

The Black Widow Cup gets underway later today and will give players the chance to earn the Black Widow (Snow Suit) skin and Back Bling before it hits the in-game shop. The top placing players in each region will receive the skin.

The cup begins today, November 11th, and will see players competing in a Duos version of the Marvel Knockout limited-time mode. This mode pits two teams against each other in a four-round knockout fight, with each round granting players a different set of mirrored abilities. Read the full rules for the Black Widow Cup here.

Previous Marvel cups have rewarded players with the Daredevil and Ghost Rider skins. The final of the four cups will take place on November 18th, but the skin reward is being kept a secret for now.