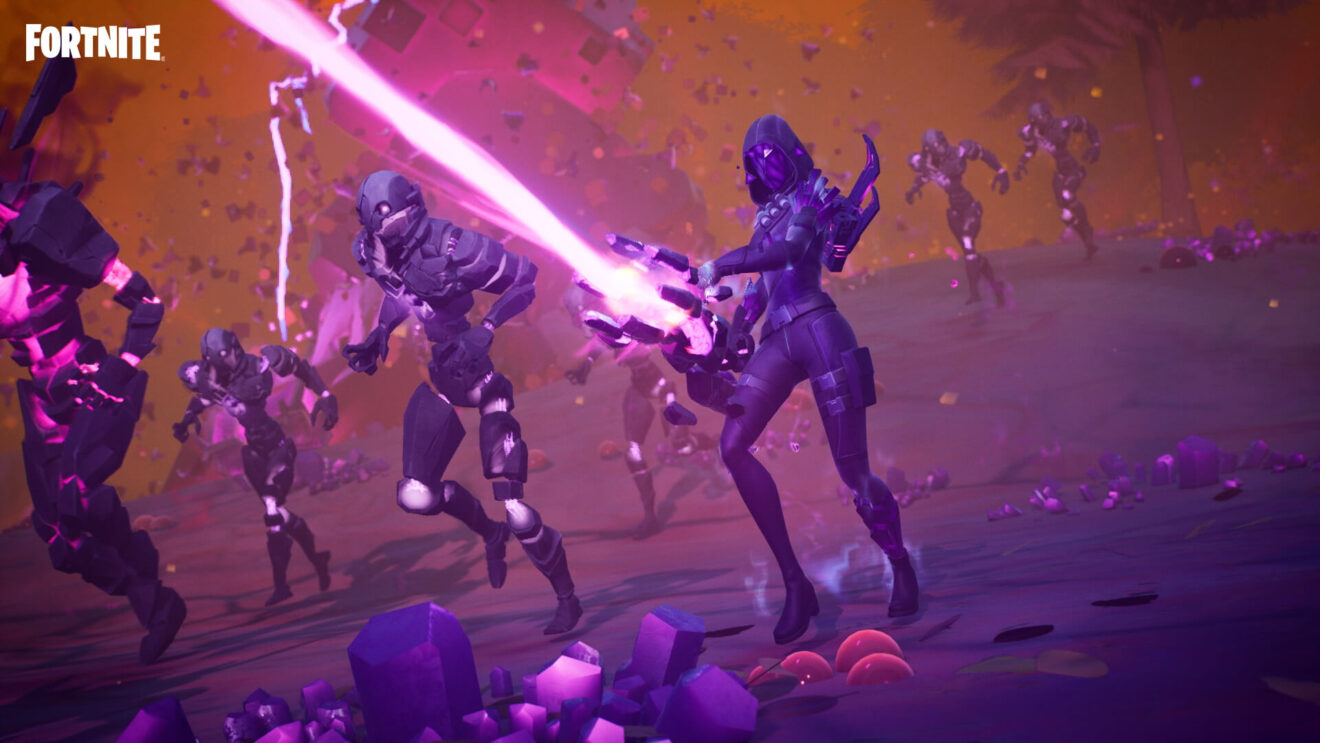 Starting November 30th, the December Crew Pack will be released for subscribers. This latest pack includes the reactive Cube Assassin Outfit, The Cubist Back Bling, Cube Edge Pickaxe, and Assassin’s Mark Wrap. The more eliminations a player gets in the match, the more the purple pulse will spread across the outfit.

In addition to the Crew Pack, subscribers get the Chapter 2 Season 8 Battle Pass, next season’s Battle Pass, 1,000 V-Bucks, and the Fortnite Crew Legacy Set, which contains the evolving Protocol Pack Back Bling.