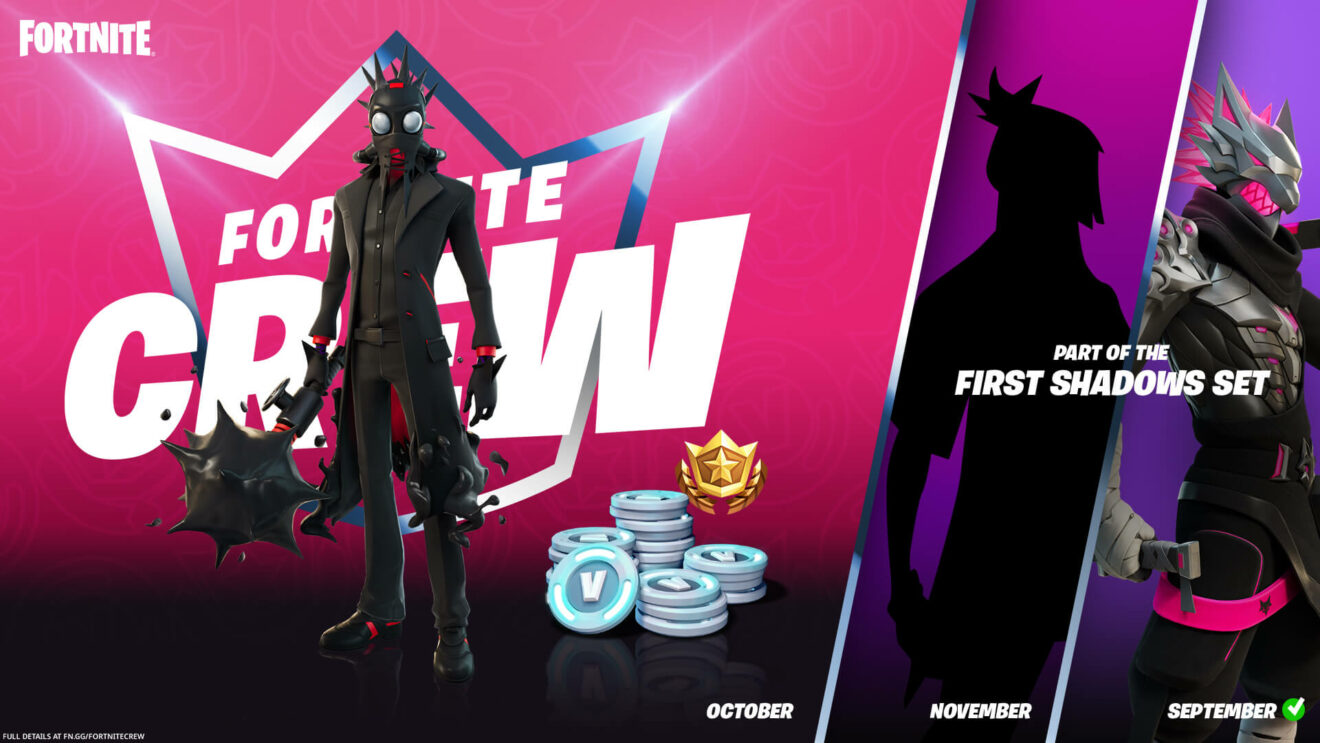 Fortnite Crew for October includes the second of The First Shadows

Epic Games has confirmed that October’s Fortnite Crew Pack will include Chaos Origins, the second of The First Shadows group.

Subscribers will receive the Chaos Origins Outfit, Siphon Back Pack Bling, Mutagen Mace Pickaxe, and World Dominator Wrap. These are in addition to the usual 1,000 V-Bucks, access to the Chapter 2 Season 8 Battle Pass, and a bonus Loading Screen that will be released later in the month.

Next up for Fortnite Crew subscribers is the last of The First Shadows, Sierra, who will join Fortnite in November.

A Fortnite Crew subscription is priced at $11.99 a month.