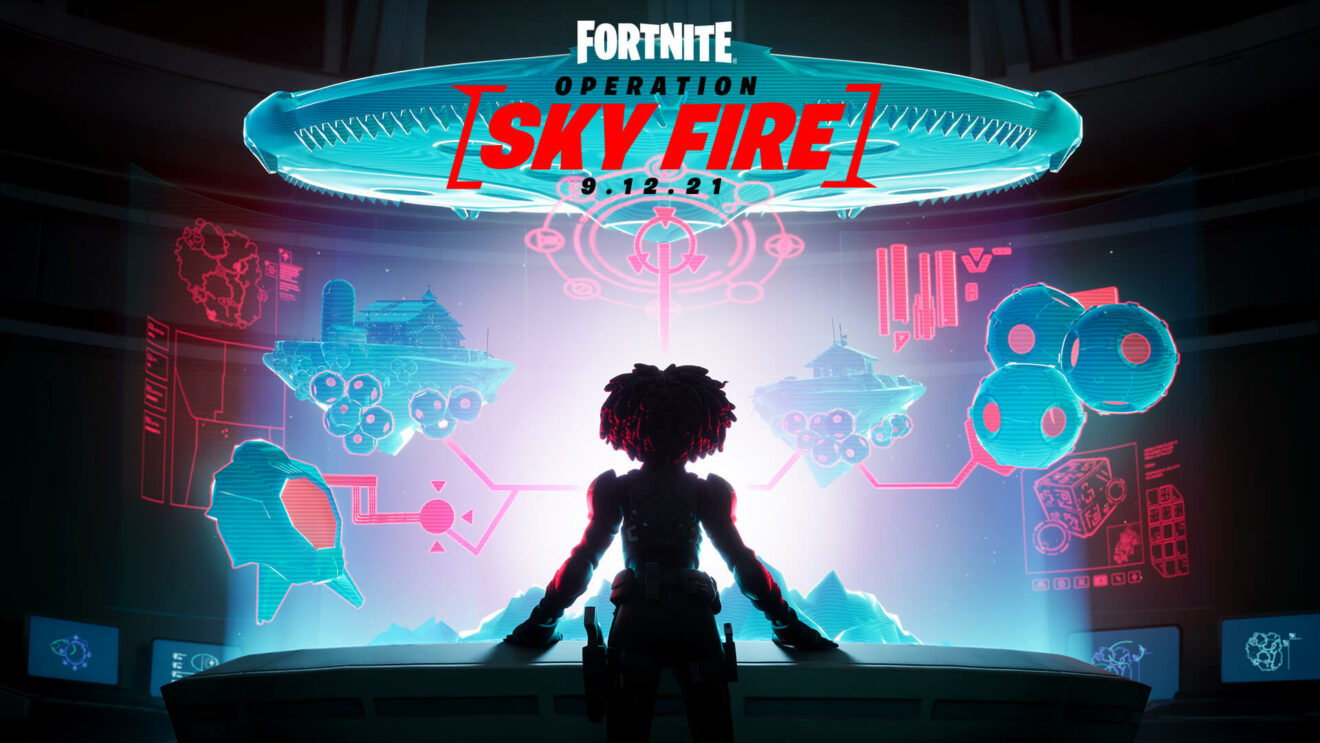 It’s time for Fortnite players to bring the invasion to an end with Operation: Fire Sky, the finale event for Chapter 2 Season 7.

“With the Mothership’s sights set on the Imagined Order’s secret base at Corny Complex, Slone has hatched a plan to end the Invasion once and for all,” developer Epic Games writes. “You’ve answered her calls, worked as an undercover agent for the IO – now it’s time to infiltrate The Last Reality and put a stop to the Alien’s occupation.”

The event will take place at 4 p.m. ET on September 12th and sees players joining a strike team to sneak aboard the Mothership “to deliver IO’s final message to the invading Aliens.” The Operation: Fire Sky playlist will be available 30 minutes prior to the event starting.

Epic warns that this is a one-time-only event and that there will be no encore.

Before the event, the Bargain Bin Wild Week will be running. Starting September 9th, island residents and vending machines will be offering heavily discounted goods.