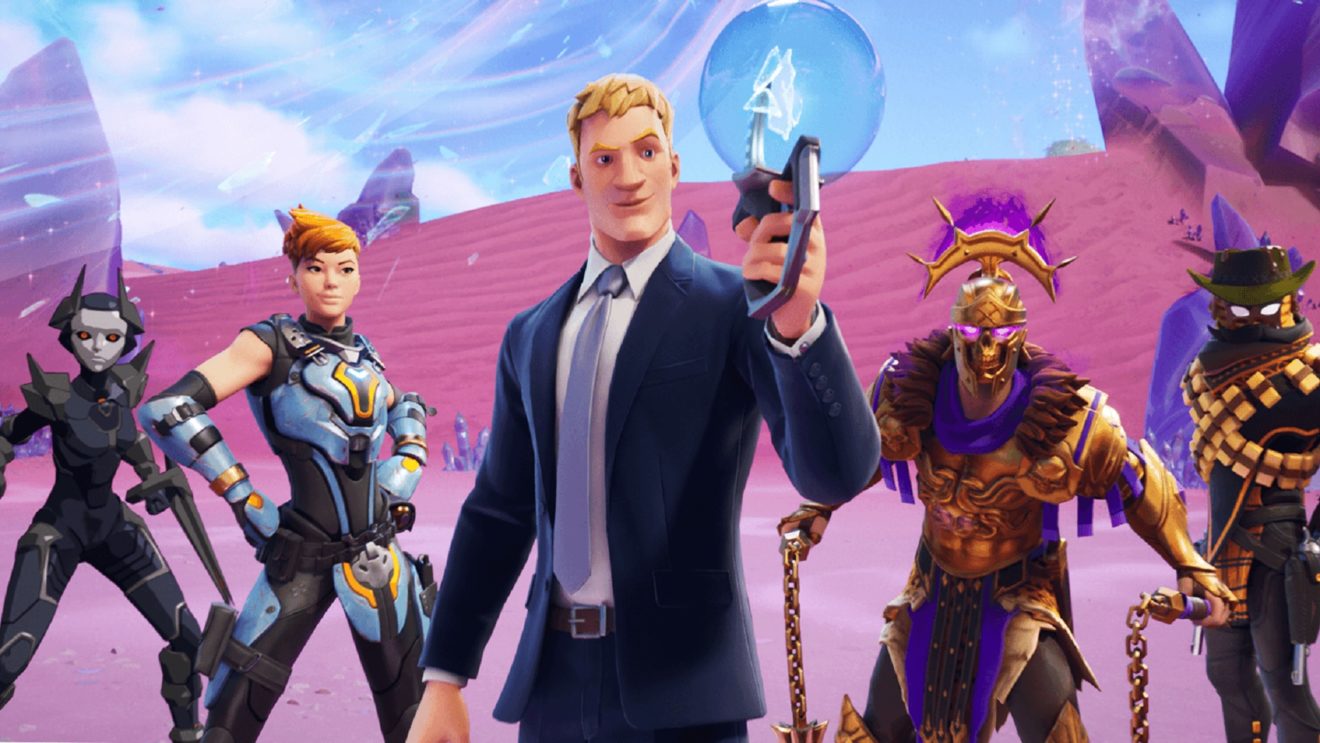 Following the climax of yesterday’s Galactus event, Epic Games has kicked off the fifth season of Fortnite Chapter 2.

“The Zero Point has been exposed, but no one escapes the loop, not on your watch,” the developer writes. “Join Agent Jones and the greatest hunters from across realities like the Mandalorian in a chaotic battle that will shape the future of the island.”

During this season, players will encounter new locations from beyond the loop, such as the Ancient Arena, the Jungle, and the shifting crystalline sands around the exposed Zero Point. There are also new weapons to aid players on their path to victory, including the Dragon’s Breath Shotgun, The Mandalorian’s Amban Sniper Rifle, and the Night Hawk.

In addition to the above, NPCs can now be found littered around the map that will offer players bounties. These bounties include eliminating select players and collecting items, and will reward a new form of currency called Bars. Bars carry over between matches and are used to obtain new weapons, upgrade existing ones, obtain intel, hire NPCs, and more.

Finally, a new season means a new Battle Pass for players to work through. By reaching level 100 this season, players can obtain a The Mandalorian skin, a The Child Back Bling, new gliders, pickaxes, music tracks, and more.