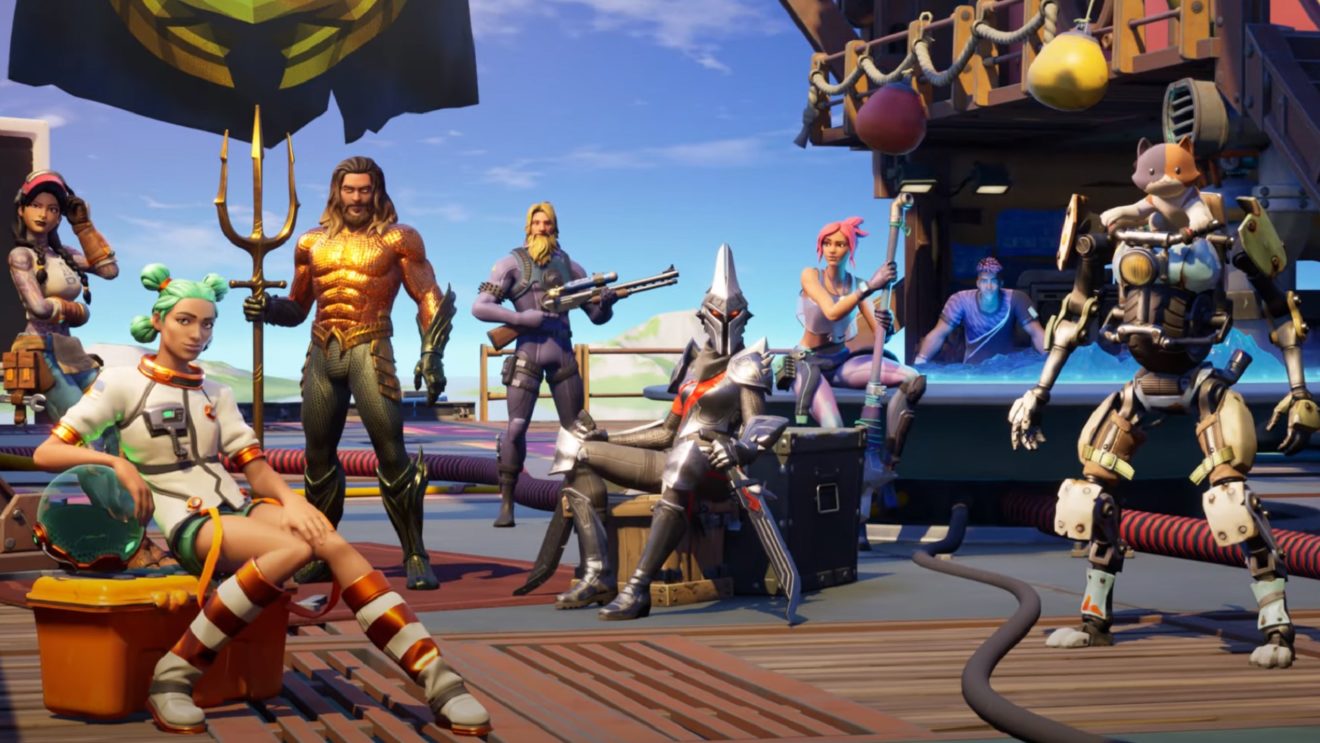 This huge update makes some big changes to the map in the aftermath of The Device event from earlier this week. Players jumping in will find a lot more water, a lot less land, and several new points of interest to explore.

New enemies have also invaded the island in Season 3, including Marauders who will crash down and challenge players and sharks that will attack players and drop items. Sharks can also be used as a mode of transportation with the help of a fishing rod.

Another new addition in this latest season is the Build-A-Brella feature. Following on from last season’s customizable character Maya, players will be able to complete challenges to create their own unique umbrella.

Finally, Season 3 brings with it a new Battle Pass for players to work through. By reaching level 100, players can unlock new skins, emotes, gliders, back blings, and a total of 1,500 V-Bucks. This season’s Battle Pass also features Jason Momoa’s Aquaman as the secret skin.