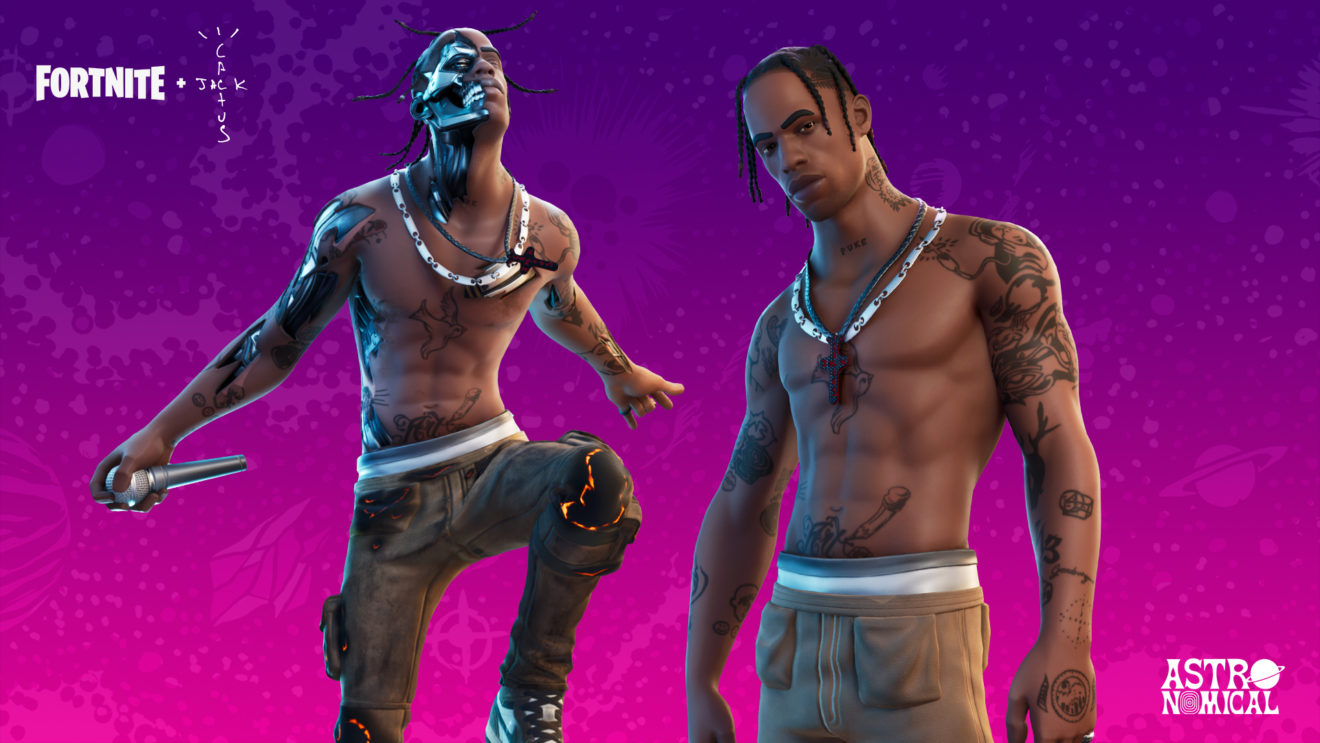 According to the developer, a total of 12.3 million concurrent players participated in the recent Travis Scott in-game concert. The concert took place yesterday at 7 p.m. ET, but players who missed it need not worry, as encore performances are happening over the weekend. A full list of show times can be found below:

Players who take part in the Travis Scott’s Astronomical event will receive the Astroworld Cyclone Glider and two loading screens for free.

In addition to the free items, players can pick up the Travis Scott and Astro Jack outfits, Head Banger emote, Goosebumps Wrap, and Diamond Jack Pickaxe from the in-game store.