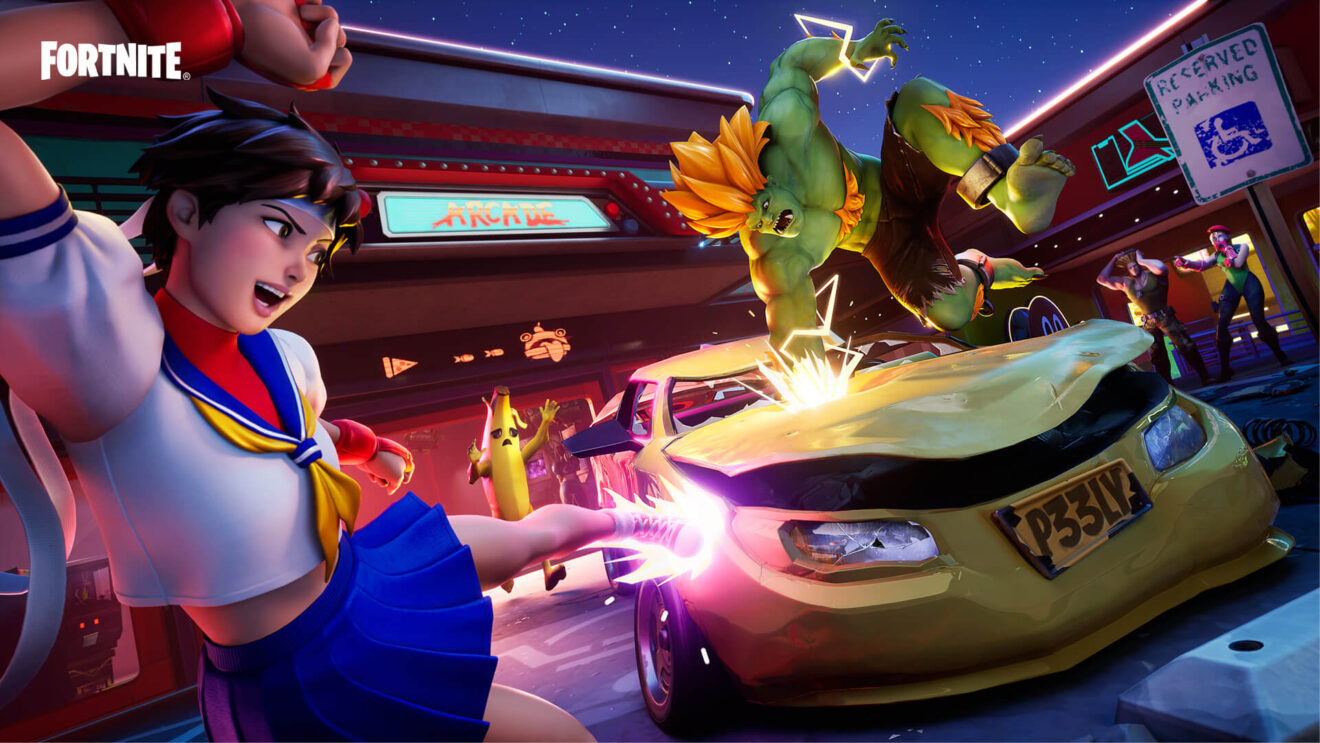 Fortnite‘s collaboration with Street Fighter returns this week with the arrival of Blanka and Sakura.

From April 28th, players can visit the Item Shop and purchase the Blanka Outfit, which comes with the Blanka Delgado alt Style and Blanka-Chan Back Bling, as well as the Tropical Hazard Kebab Pickaxe. In addition, players can grab the Sakura Outfit, which comes with the Sakura Gym alt Style and built-in Sakura’s Victory Sway Emote.

Completing the lineup are the Fighting Tournament Trophy Pickaxe and Kayari Buta Glider.

Epic Games also announced the Blanka and Sakura Cup, which is coming in two flavors: a mobile-only Zero Build Solo Cup on April 27th and a Battle Royale Solo Cup for all platforms on April 28th. The top-performing players in each version for each cup will receive the Bonus Stage Loading Screen.