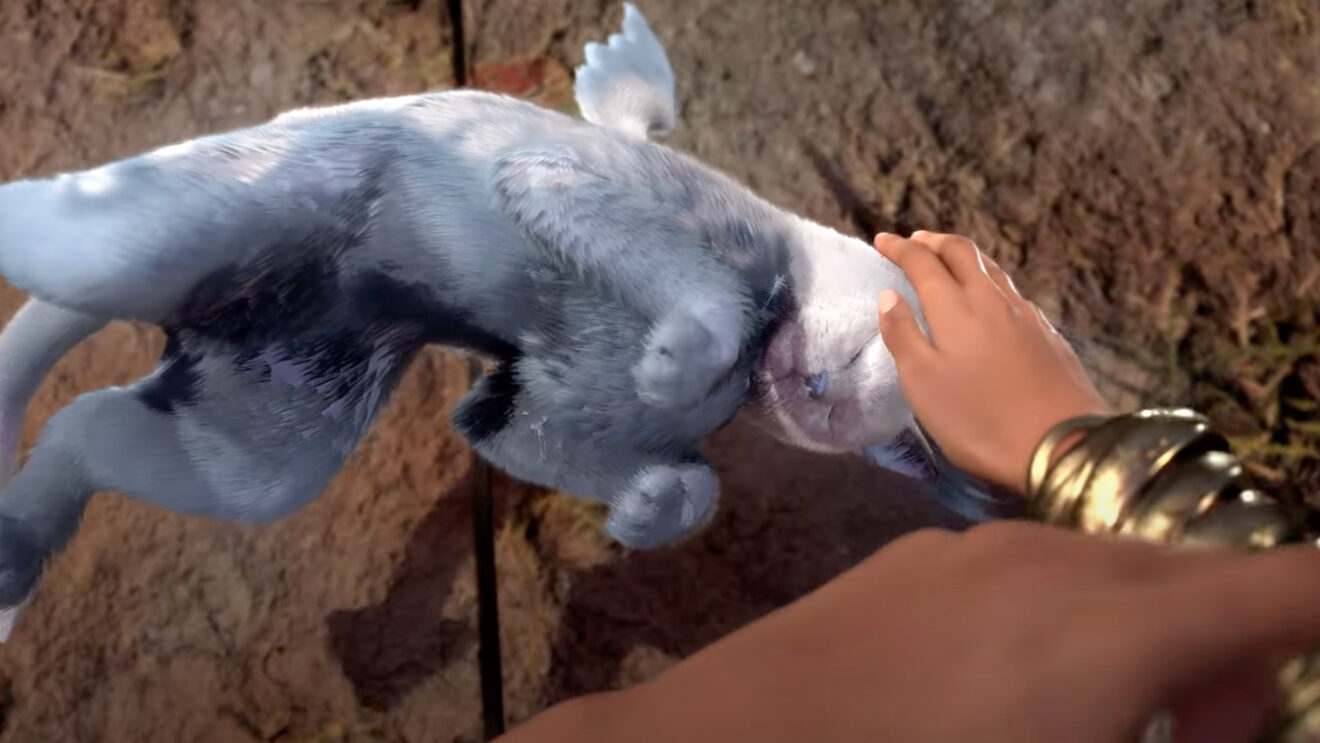 The latest trailer for Square Enix’s fantasy action-RPG Forspoken is all about the side content you’ll encounter as you guide Freya through the fantasy world of Athia, but let’s not bury the lede here: There are flying cats, and you can pet them.

Technically, they’re not cats, but creatures called Tantas Familiars, but c’mon, they’re cats with fuzzy little wings. You’ll apparently encounter them throughout the world at special monuments, and their magic means you’ll have to put in some work to get close enough to pet them.

There’s no indication in the trailer of how exactly their challenges will work, or what benefits they’ll offer Freya, but maybe petting a soft, perfect creature is reward enough.

Beyond these fur angels, there’s quite a bit of side content outlined in the trailer. For starters, there are side quests you’ll pick up from NPCs called Detours.

Then there are monuments to find throughout the world, and healing them from the corrupting effects of the mysterious force called “the Break” will buff Freya’s stats. Some Monuments will also feature replayable challenges called Flashbacks, which task you with specific goals—reach a destination in time, or kill all enemies in time that sort of thing—in exchange for rewards.

Next up are Founts of Blessing, which Freya can discover to unlock new skills, ancient books that unlock Spellcraft Challenges, which let you upgrade skills by using them a certain number of times, and collectibles called Old Coins, which can be traded in to vendors for valuable loot. Based on the trailer, Locked Labyrinths seem like optional dungeons that offer challenging encounters in exchange for powerful gear, and Combat Challenges are, well, exactly what they sound like.

In addition to what you might call the main side content, there are also a couple categories that look to be a bit more slight: a dice game called Partha that can grant temporary boosts to combat ability, and photo spots that unlock new features in the game’s Photo Mode.

All told, Forspoken looks like it’ll have a decent amount of open world content to stand alongside its story.

Forspoken launches on PlayStation 5 and Windows PC on January 24th, 2023.

Josh Harmon
Josh picked up a controller when he was 3 years old and hasn’t looked back since. This has made him particularly vulnerable to attacks from behind. He fell in love with EGM during the Dan Hsu era, so joining the magazine as an intern way back in 2012 felt like a dream come true. Now, as Editorial Director, he’s excited to lead EGM somewhere new.
Share
Post tagsForspoken