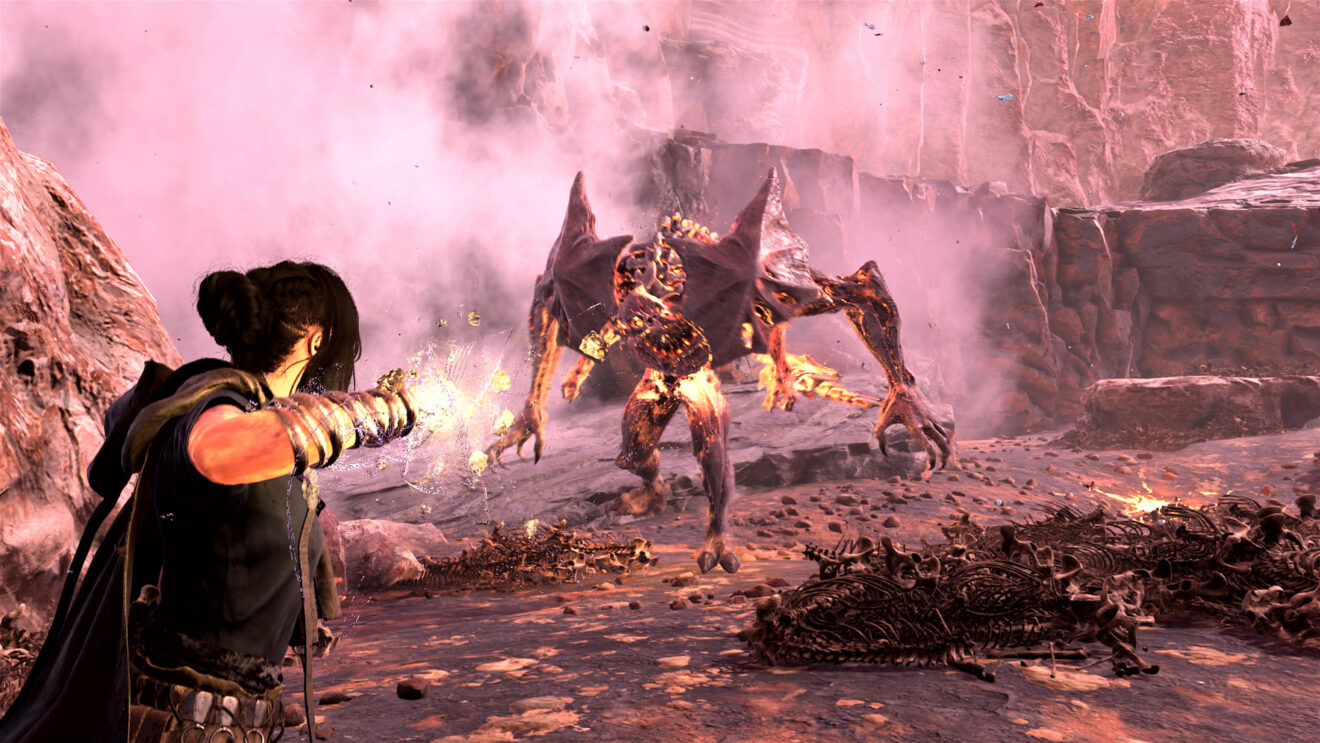 Forspoken‘s elemental magic looks like it will provide a ton of flexibility when protagonist Frey Holland has to take down enemies corrupted by the Break. All told, there are four different color-based elemental magic systems: Purple (earth), Red (fire), Blue (water), and Green (electricity). Each one has a variety of different spells that Frey can use during combat.

The trailer starts with Purple, as that’s the first color Frey will get during her adventures in Athia. Purple magic starts with a simple spell, Shot, that sends out a rock as a projectile at enemies. From there, Frey can upgrade Shot. One of those spells provides automatic fire, while another provides a shield that can then break into a scattershot of rocks.

Spells aren’t just offensive, either. Frey can use support spells for each color that provide defense, heals, and debuffs. Prime, another Purple spell, sets a trap for enemies, while Tendril is a sweeping attack that heals Frey when it damages enemies.

While the trailer mostly focuses on Purple, we also get a quick look at Red spells. Those spells are based more around melee combat, starting with a magical blade called Slice. We get a few quick peeks at Blue and Green attacks, too. All four magic types charge up her Surge attack, which can eliminate an entire enemy troop with one move.

Finally, Frey’s talking bracelet companion, Cuff, has a variety of uses. When Frey gets hit, Cuff takes the damage and even gives Frey the opportunity for a quick counter attack. Cuff can also scan environments for points of interest and enemies for useful tactical information.

Previously, Square Enix also released a trailer focusing on Forspoken‘s parkour system. The game got delayed several times, but it looks like the latest release date early next year will stand strong. Forspoken launches January 24th, 2023 for PlayStation 5 and PC.