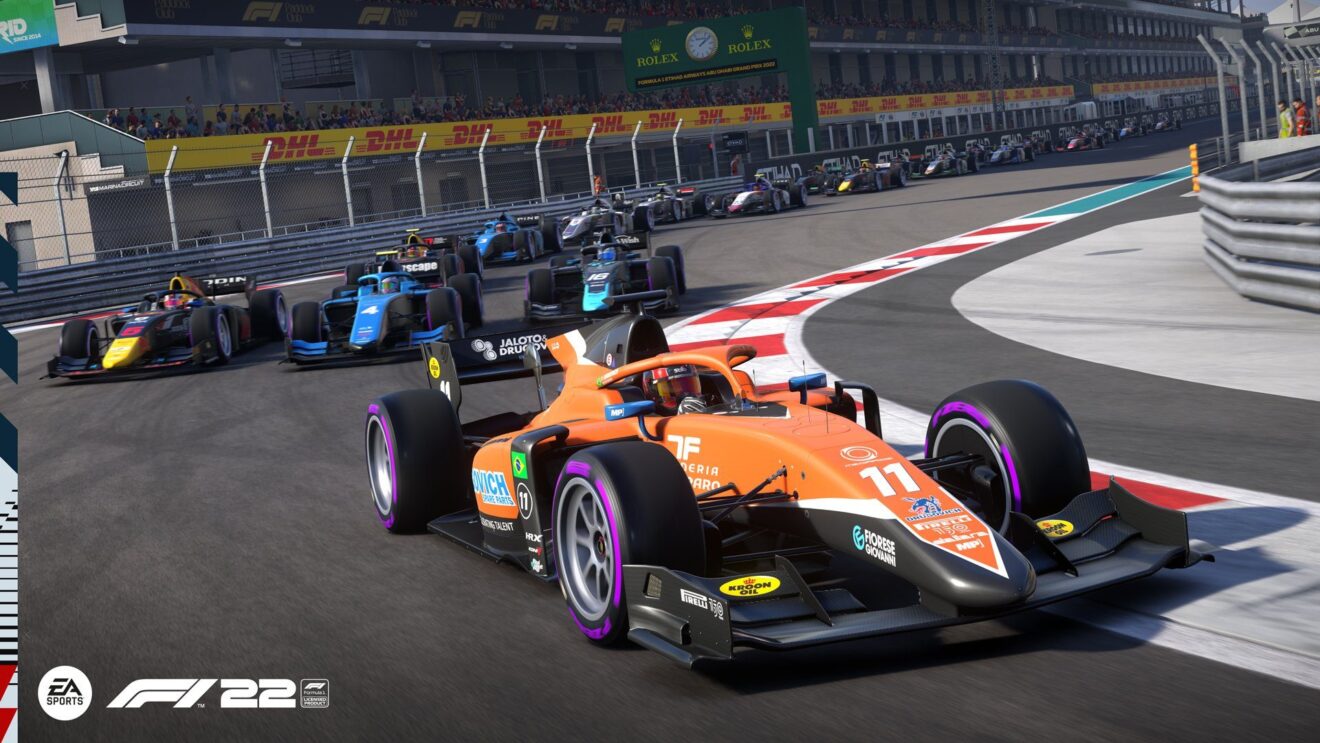 F1 22 players can now experience the entirety of the Formula 2 2022 season.

As part of today’s update, the races, teams, and drivers from the 2022 Formula 2 season have been added to the game. Players can now take part in the full 14-round season, including sprint races, against Logan Sargeant, Jack Doohan, and champion Felipe Drugovich.

In addition, the livery of the McLaren has been updated to reflect the Future Mode livery used during the Japanese Grand Prix. The livery will be available for a month before changing back. After this, players can download and use the livery on their player car from December.