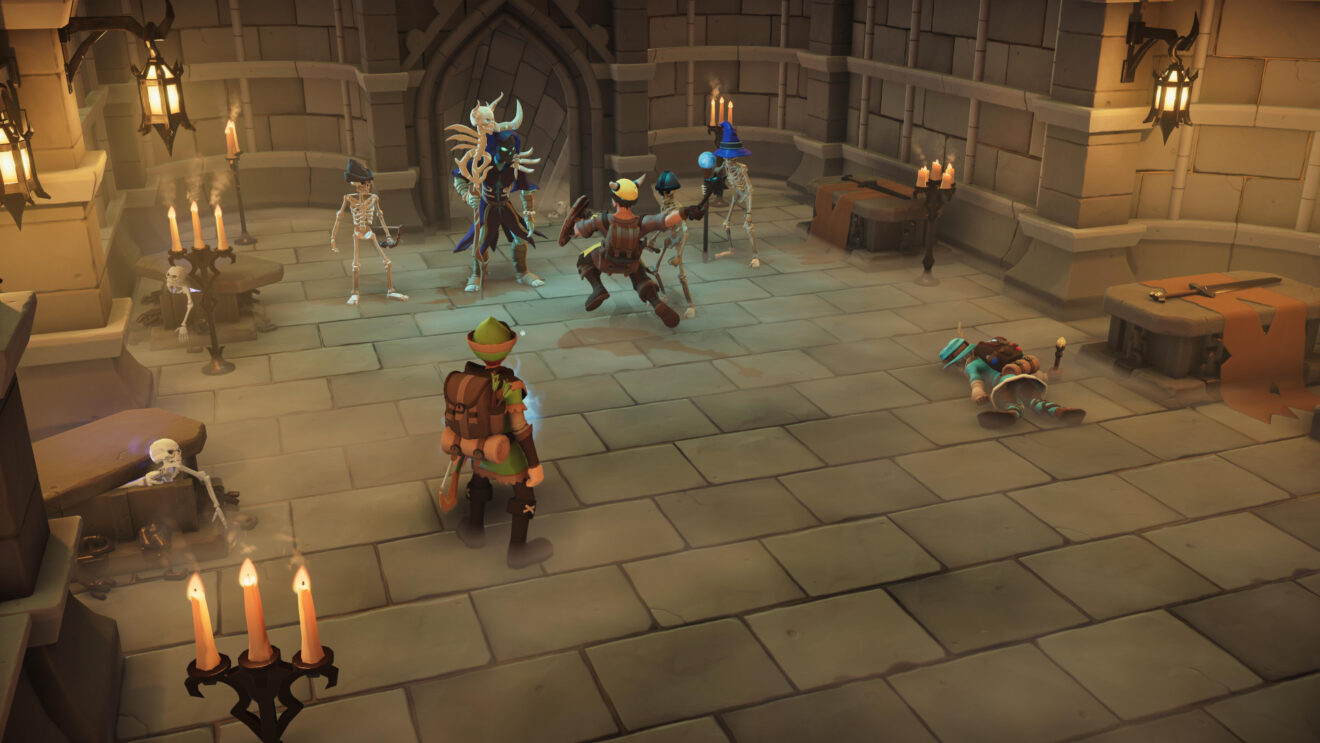 For the King II revealed for PC with debut trailer

Publisher Curve Games and developer IronOak Games have announced a sequel to turn-based roguelike RPG For the King.

For the King II introduces four-player online co-op alongside a single-player experience. Players will be able to explore new biomes using a “vast number of character and item combinations,” according to Curve Games. The sequel also features an updated art style, a new original soundtrack, and procedurally generated maps, quests, loot, and events.

“Will you choose to fight side-by-side with your friends or split up to claim all the loot for yourself to boost your unique abilities, tactical advantages, and powerful synergies? The more you play, the more you permanently unlock items for your characters,” the publisher added.

For the King II is scheduled to release in 2023 for PC.