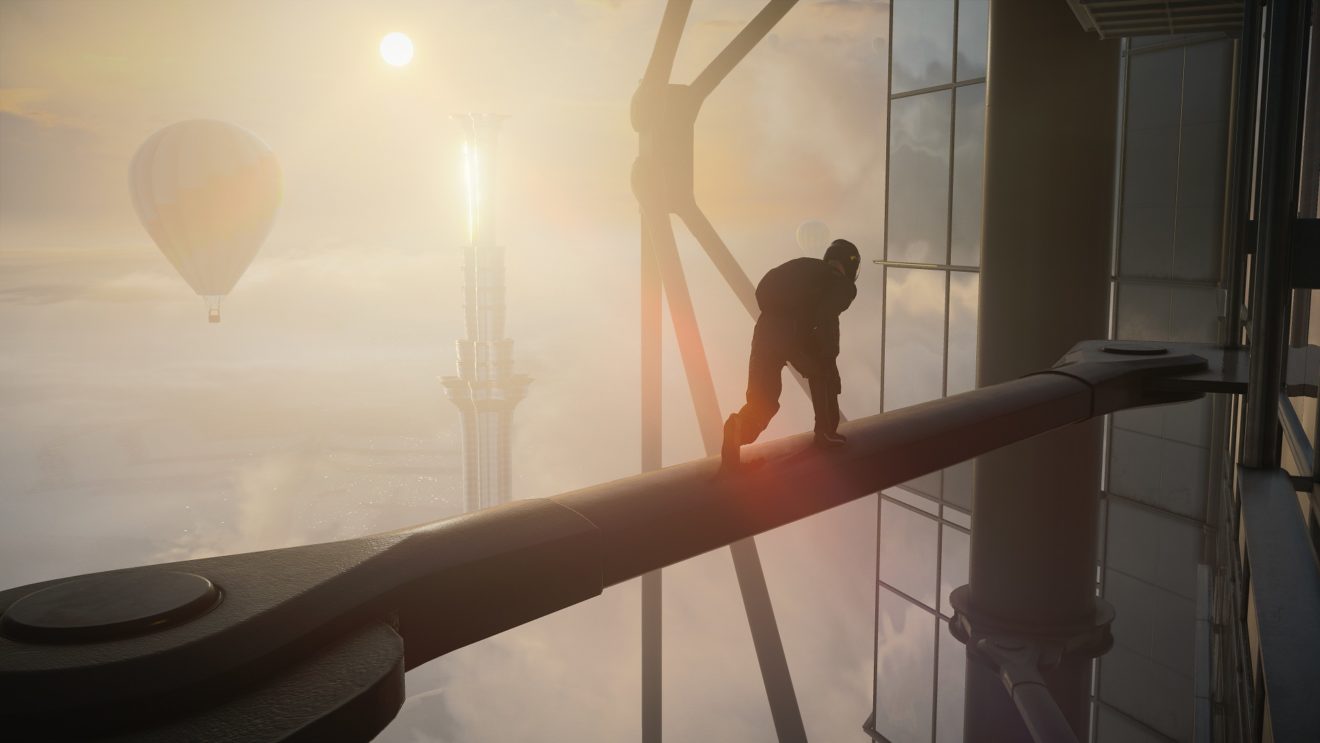 The Berlin Egg Hunt kicks off on March 30th and runs through April 12th. Taking place outside of the Berlin nightclub, Agent 47 must find various glowing eggs that are hidden throughout the map. Gameplay footage also showed a creepy man in a white tux and rabbit mask lurking in the woods, showing you the way to your assassination targets. Completing the Berlin Egg Hunt will unlock the raver outfit.

March will also introduce the final Deluxe Escalation for owners of the Deluxe Edition. Also taking place in Berlin, the Satu Mare Delirium is meant to echo Agent 47’s first escape from the asylum where he was trained. Completing this escalation will net the straitjacket, a dart gun, and a straitjacket belt as a melee option.

For those who don’t own the Deluxe Edition, the Lesley Celebration is this month’s Berlin Escalation. Easy Allies and Eurogamer will also have Featured Contracts in Chongqing and Mendoza respectively.

Finally, the Stowaway Elusive Target mission is returning on March 19th for 10 days. Find the target on the Isle of Sgail. Unfortunately, we still aren’t seeing our first Elusive Target on a Hitman 3 map.

You can watch the trailer for the March roadmap on YouTube.