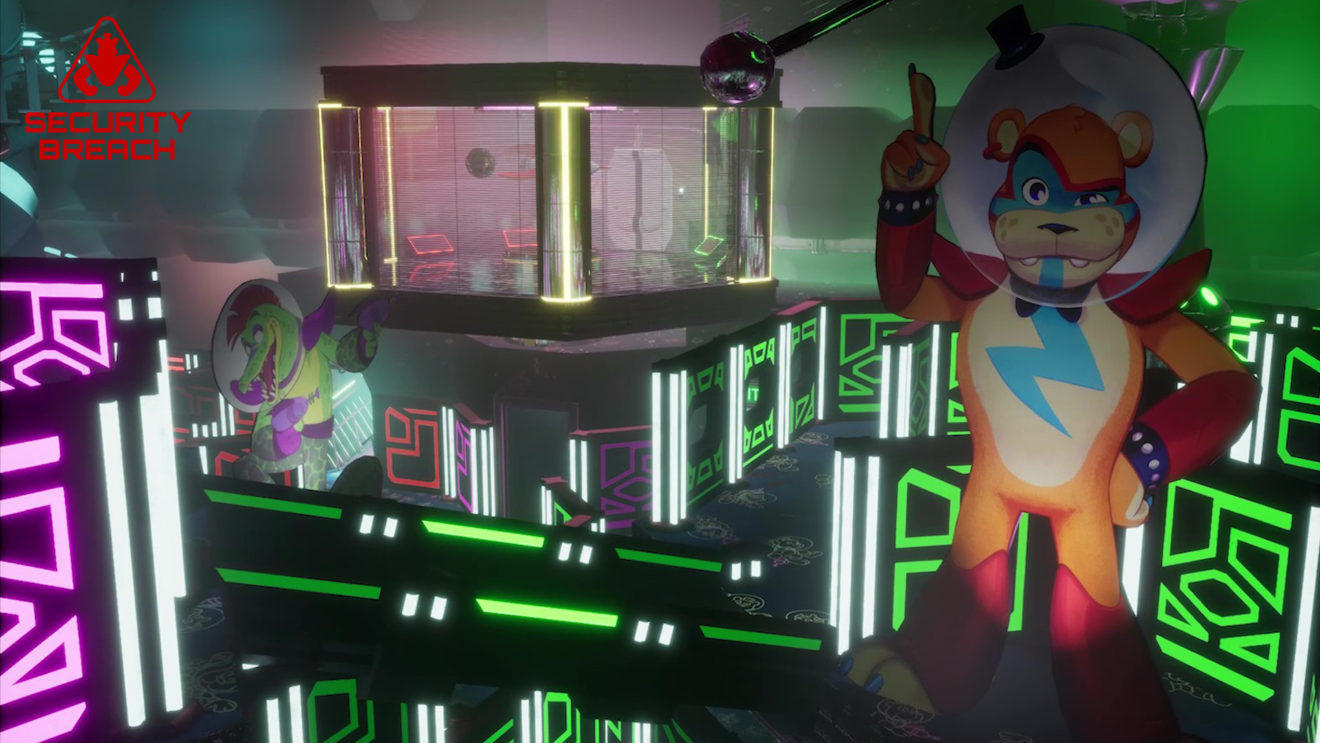 Steel Wool Studios has offered a first look at its upcoming entry in the Five Nights at Freddy’s series.

Security Breach leaves the confines of small pizzerias and houses and moves the action into the massive Mega Pizza Plex. Players will have to explore the hallways, arcades, and attractions of the Pizza Plex while avoiding a number of Fazzbear animatronics who are not happy to see you.

The trailer below shows off a number of the animatronics that players will be attempting to survive against and also offers a brief look at the game’s environments, including a children’s soft play area, a ball pit, arcades, back hallways, and more.