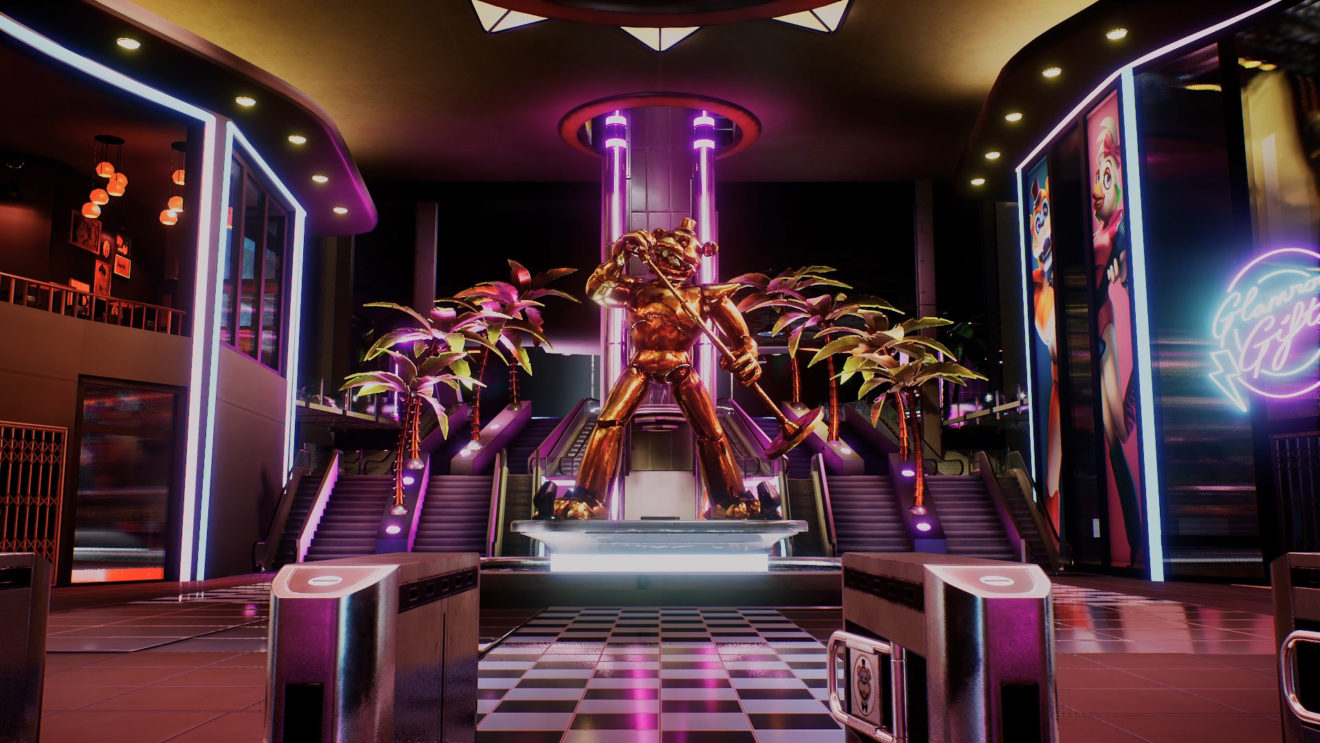 The teaser trailer shows off the new location of the Freddy Fazbear’s Mega Pizza Plex, complete with an eerily lit warehouse, an abandoned laser tag arena, and what looks like a neon-lit lobby.

The story seems to revolve around a kid named Gregory who is trapped in this facility and trying to hide from what sounds like Circus Baby. There’s also a deeper voice of a character that seems to be protecting Gregory, but it’s not clear exactly who that is.

CW: The trailer ends with a pretty shriek-y jump scare.

The game is taking advantage of the PS5’s next-gen hardware in a big way. “The PlayStation 5’s next-gen technology enhances the fear and tension beyond what’s been possible before,” said Steel Wool Studios co-founder Andrew Dayton in a statement. “Real-time ray tracing graphics ups the visual fidelity and brings the Animatronics to life like never before. Feel the fear surround you with PlayStation 5’s immersive 3D Audio. Utilizing the lightning fast new SSD technology, the pace of terror is never interrupted.”

Five Nights at Freddy’s: Security Breach is launching for PlayStation 5, PlayStation 4, and PC. No release date was announced.