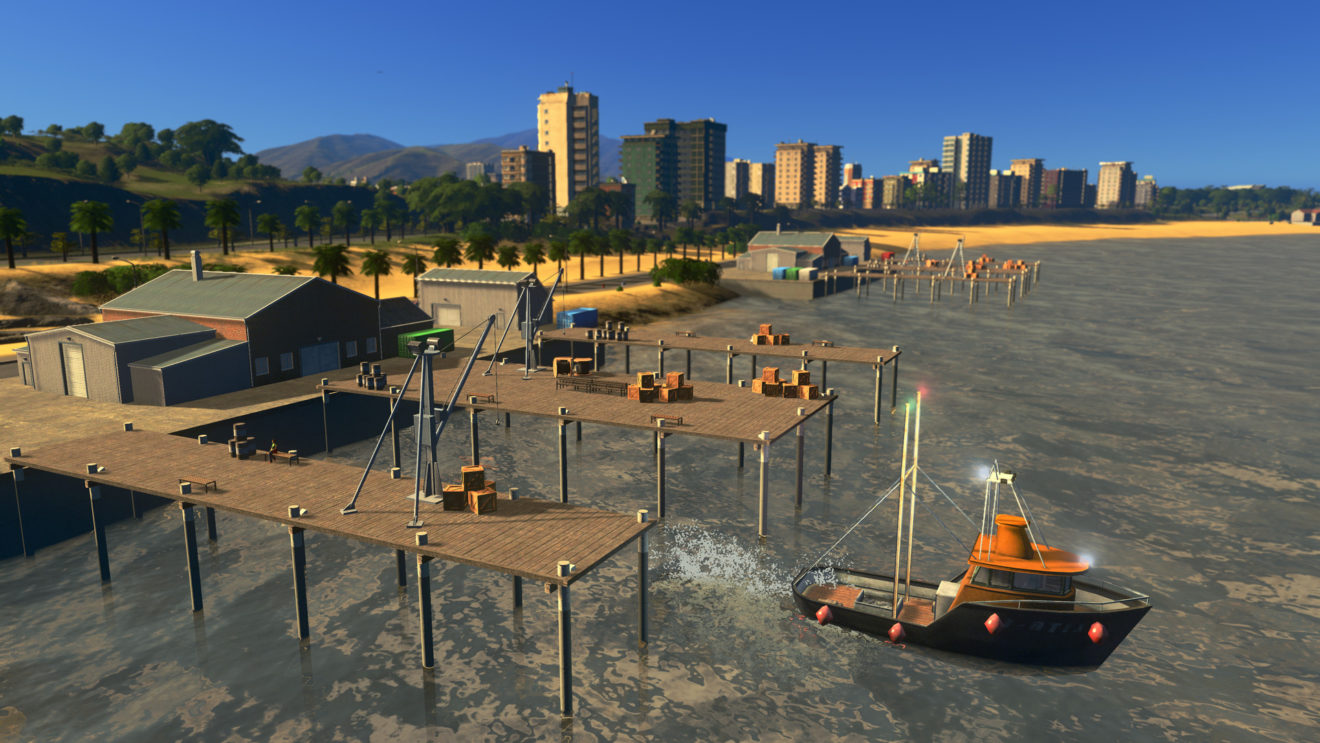 Paradox Interactive has announced that Sunset Harbor, the next DLC for Cities: Skylines, will be released next week on March 26th.

According to the publisher, Sunset Harbor is a fishing, maritime, and transportation-themed expansion that will introduce fishing industries to players’ cities. Players will be able to control fishing boats at sea and fish farms and use four new policies to ensure that fresh fish is delivered to stores.

In addition, players will be getting five new maps to set up their city on that feature tropical and temperate locales, and upgraded waste management capabilities that will improve the handling of trash.