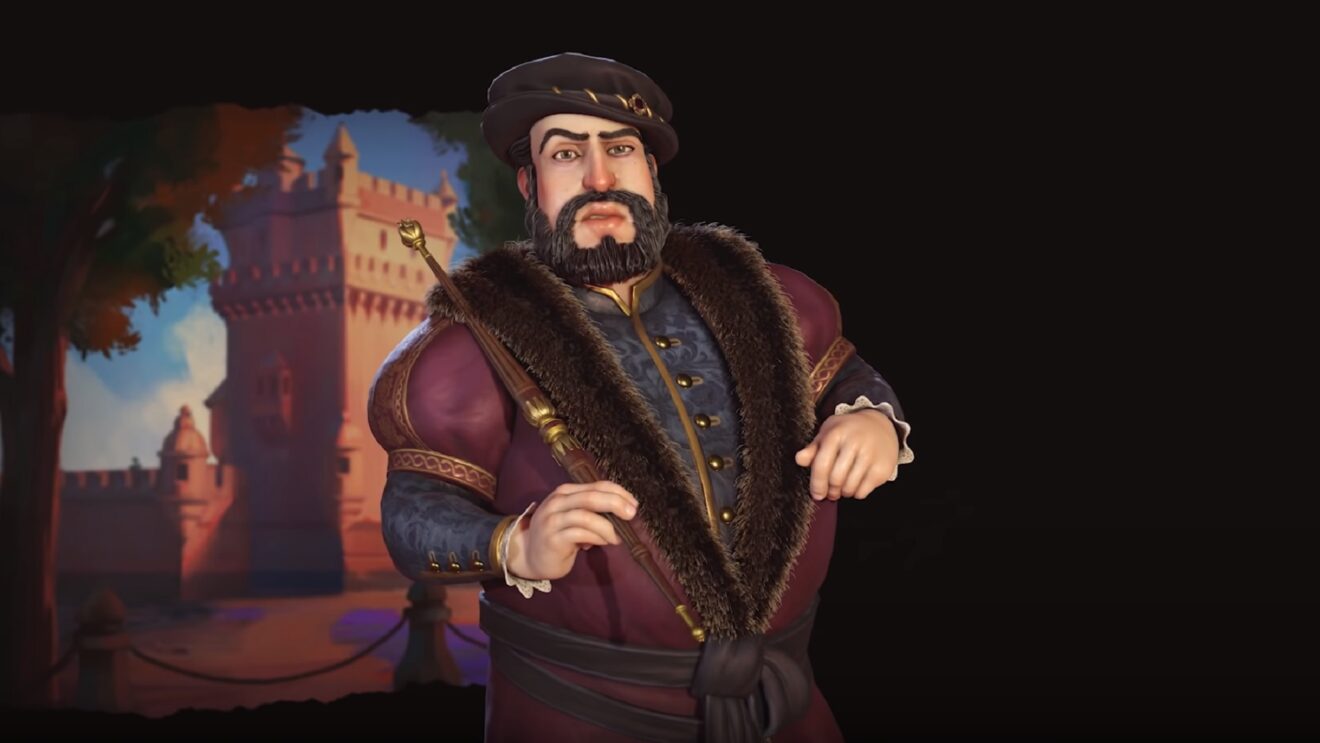 Portugal is led by João III, the King of Portugal and the Algarves from 1521 to 1556. His unique ability is “Porta Do Cerco,” which grants all units increased sight and increases trade route capacity when Portugal meets a new civilization.

This newest civilization also has access to a unique unit called the Nau, a naval melee unit that replaces the Caravel. The Nau starts with one free promotion, requires less maintenance than the Caravel, and has two charges to build special ports.

Civilization VI’s Portugal Pack is scheduled to release on March 25th for PlayStation 4, Xbox One, Nintendo Switch, and PC.