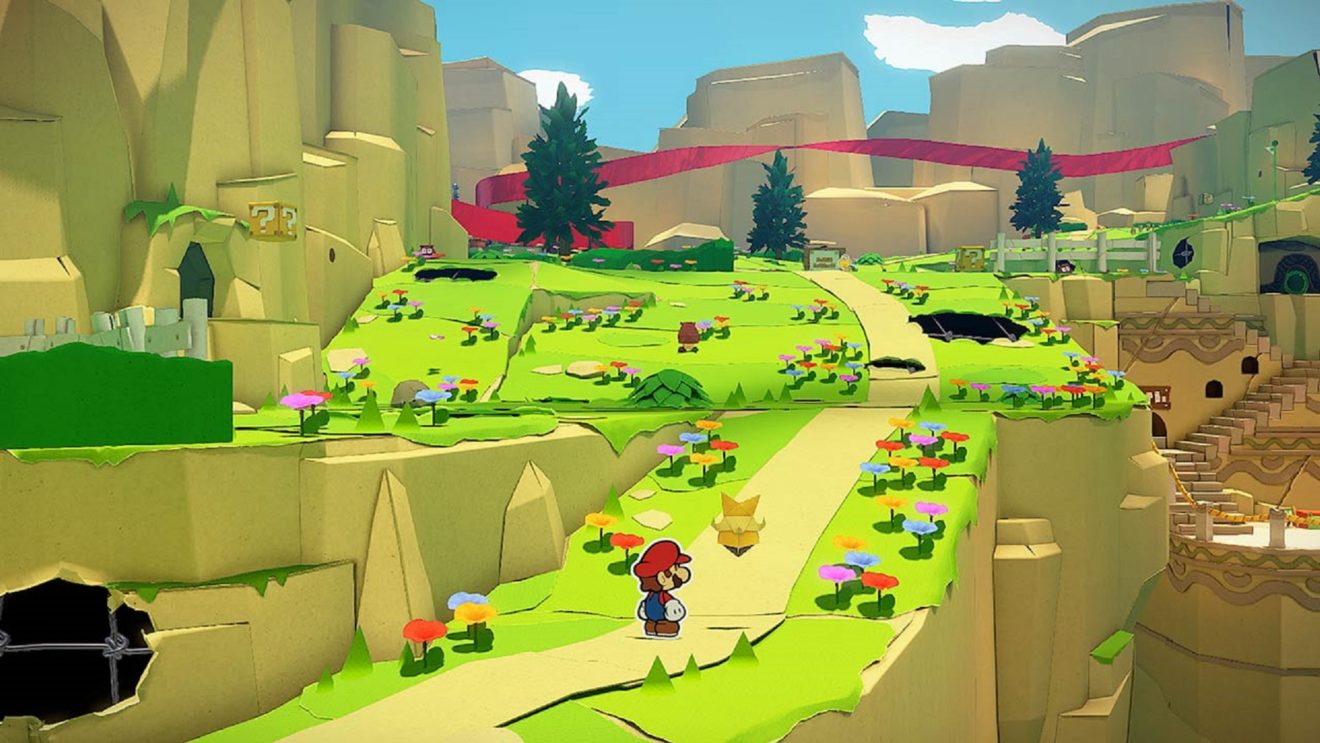 A new entry in the Paper Mario series, Paper Mario: The Origami King, is coming to Nintendo Switch in July, Nintendo has announced.

In The Origami King, Mario and Luigi are invited by Princess Peace to attend an origami festival at Toad Town. However, upon arrival, they discover that the town is empty and Princess Peace has been turned into origami by King Olly, ruler of the Origami Kingdom. King Olly binds Peach’s Castle using five giant streamers and teleports it to a distant mountain. Mario must now join forces with King Olly’s sister, Olivia, to put a stop to his plan to refold the world and rescue Peach and her castle.

This new entry grants Mario the 1000-Fold Arms ability which allows him to interact with the landscape to reveal new locations and solve puzzles. The Origami King also introduces a ring-based battle system that lets players “line up scattered enemies and maximize damage.”

“Paper Mario: The Origami King delivers a grand new adventure on Nintendo Switch for players to wrap themselves up in,” Nick Chavez, Nintendo of America’s Senior Vice President of Sales and Marketing, said. “This game marks the debut of the Paper Mario series on Nintendo Switch, expanding the vast library of games with another standout entry in a beloved franchise.”