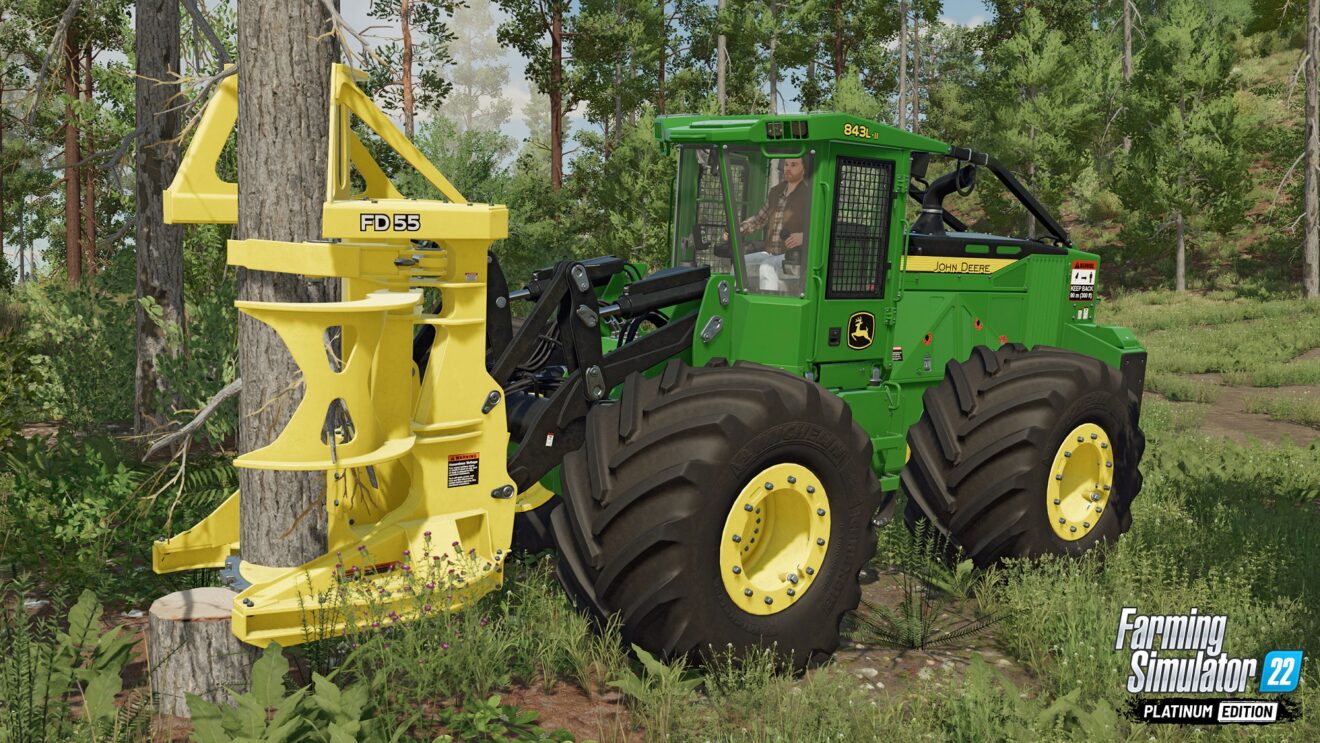 The map, which is included in the upcoming Platinum Expansion, is inspired by the Pacific Northwest of the United States. Players can build a boat at the shipyard, take on new forestry missions, and plant new types of trees while on this map. Get a first look at Silverrun Forest below:

In addition to revealing the new map, Giants Software announced the Vermeer Pack and Pumps N’ Hoses Pack for the game. The Vermeer Pack launches on August 23rd and includes five machines from the North-American manufacturer Vermeer. While the Pumps N’ Hoses Pack, which is in development at Creative Mesh, is scheduled for September 27th and contains more than 30 new items, such as umbilical systems and manure separation.