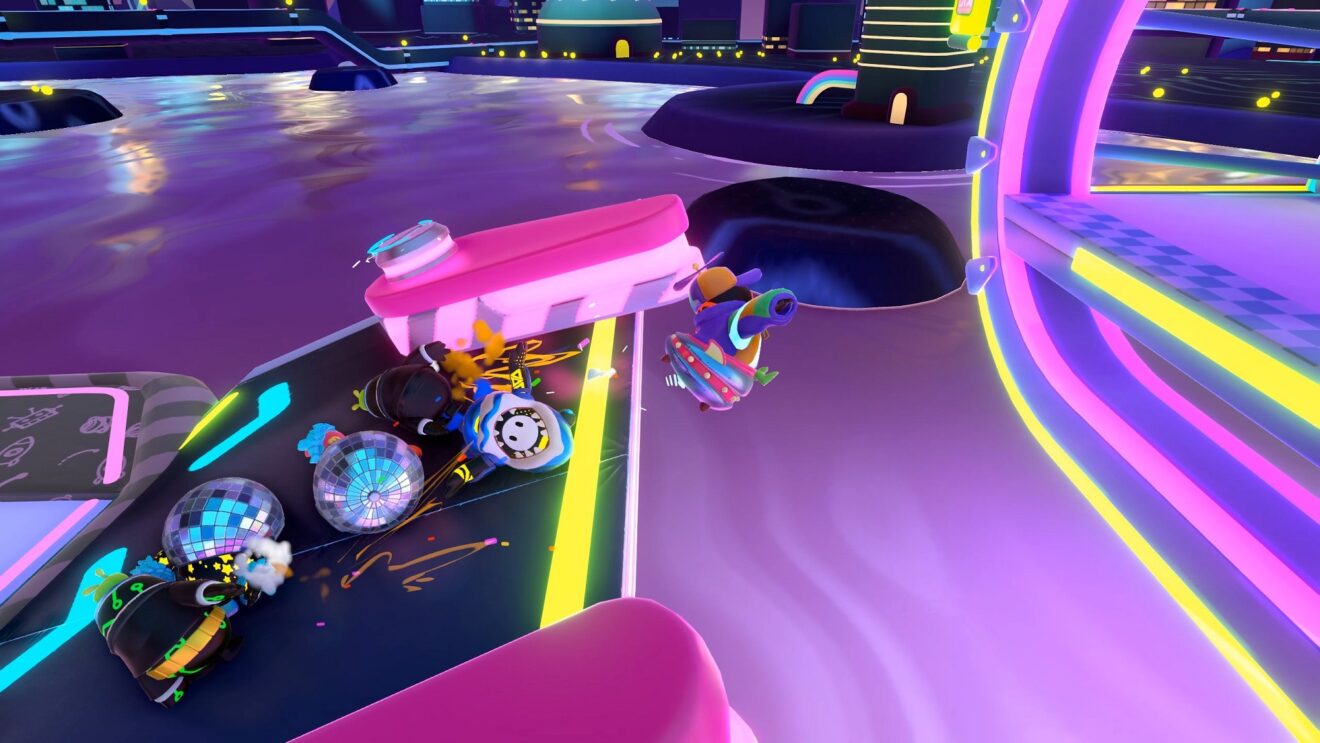 Mediatonic has shared a first look at one of the seven new levels coming to Fall Guys: Ultimate Knockout in Season 4.

In Skyline Stumble, 60 players race through low-gravity zones while dodging planets, navigate their way across disappearing bridges, and get flipped by pinball flippers called “Flippity Bippities.” See the level in action below:

Alongside the seven new levels, Season 4 brings with it new costumes for players to collect and a new Fame Pass with 50 levels to work through, instead of the usual 40.

Mediatonic plans to reveal the release date of Season 4 alongside a new trailer on Monday, March 15th.