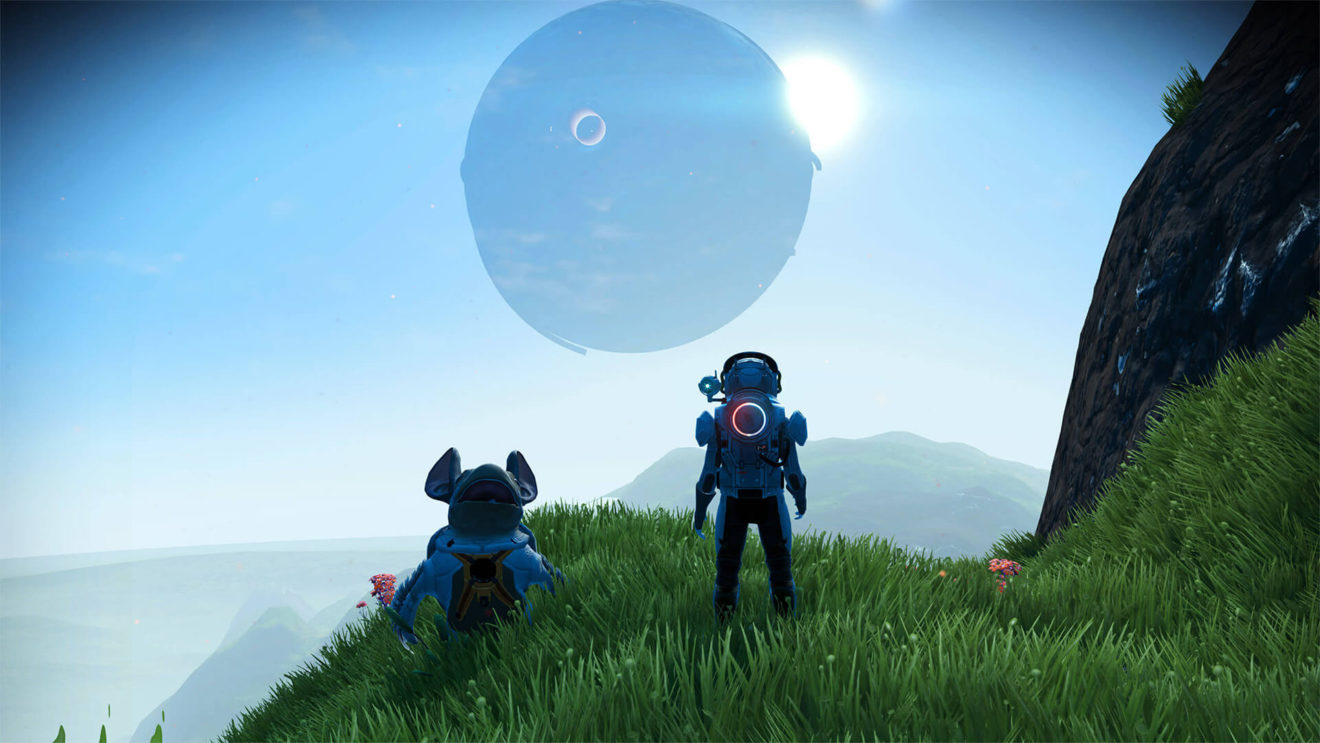 In another expansion to a game that refuses to stop expanding, No Man’s Sky Update 3.2 is set to bring a whole new aspect to the game: finding and raising pets.

No Man’s Sky Companions brings the ability to “adopt an alien creature and explore the universe side-by-side” according to Hello Games’ latest website post. “Take care of your new friend as they find hidden resources and protect you from hostile aliens, or genetically modify their eggs and breed unique, never-before-seen creations!”

From how I’m reading the update, any of the game’s dynamically-generated creatures can be tamed and adopted as companions, who you can then summon anywhere—”even aboard the Space Anomaly.” Before you get excited, since they don’t fall under that “dynamic generation” category, no, I don’t think you can have a sandworm as a pet.

Running through the post, you’ll need to “earn the trust” of your companions by feeding them, playing with them, and giving them attention. Companions will react to your actions, such as following you around while you’re exploring, or doing different things in reaction to your gestures.

Up to six companions can be registered, and you’ll not only be able to customize the look of your companions, but also breed them to create offspring that inherit the looks and traits of their parents.

Companions aren’t just for keeping you company, however. Hello Games says they’ll be able to help in ways such as “scanning for resources, marking hazards, providing torchlight, hunting hostile creatures, locating buildings, digging up valuable treasures, and deploying their own shoulder-mounted mining lasers.”

For more on No Man’s Sky Companions new features and updates, check out the official website post below.