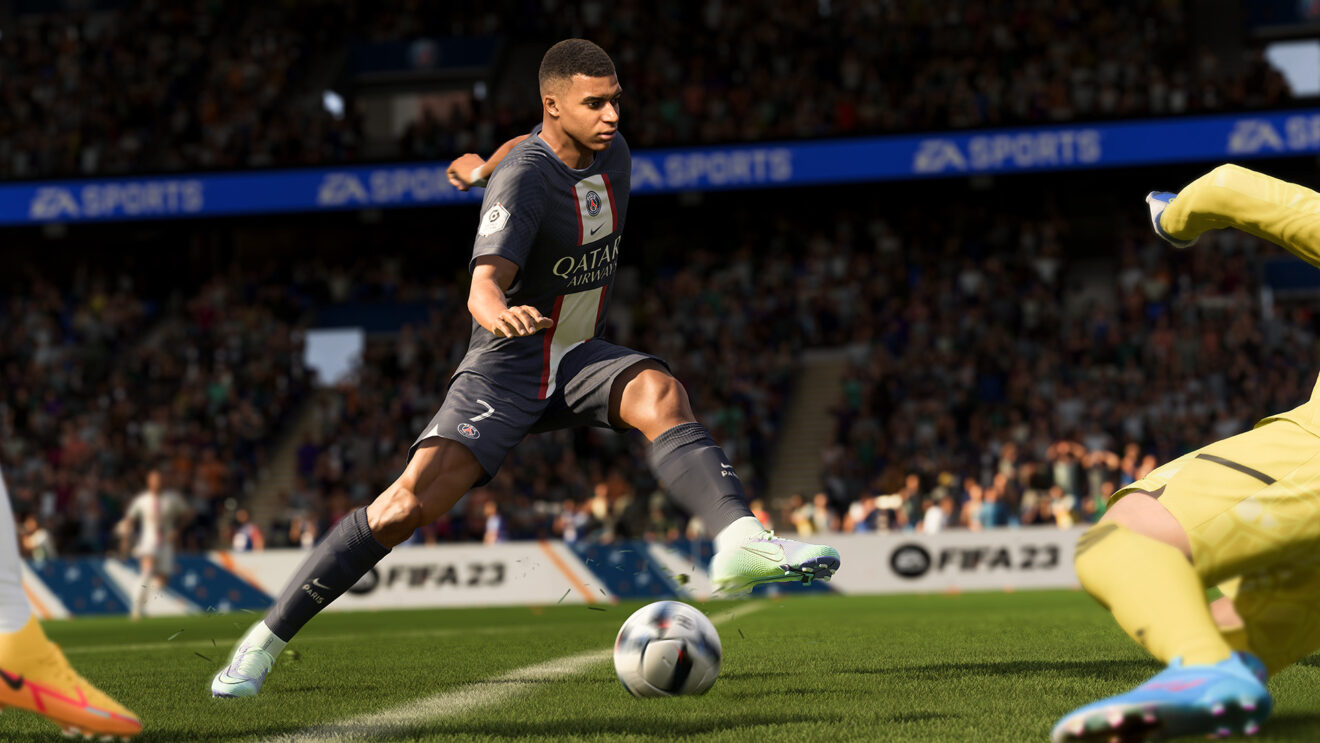 EA has released a new video for FIFA 23 that offers a first look at the game in action.

The video looks into the upgraded HyperMotion technology that will be included in this year’s entry. For HyperMotion2, the development team captured data from two full 11v11 matches and five training drills to create more than 6,000 animations. Additionally, the technology is being used to power the women’s game in FIFA 23.

We also get a look at the Technical Dribbling, Jockeying, and AcceleRATE systems. This year, players will be able to interrupt dribbling animations to quickly change direction with Technical Dribbling and counter attackers better through machine learning Jockey. While the AcceleRATE feature makes it so each player will now reach their top speed at different rates.

Later in the video, we are shown the improvements that have been made to shooting, physics, set pieces, goalkeeping, and skill moves.