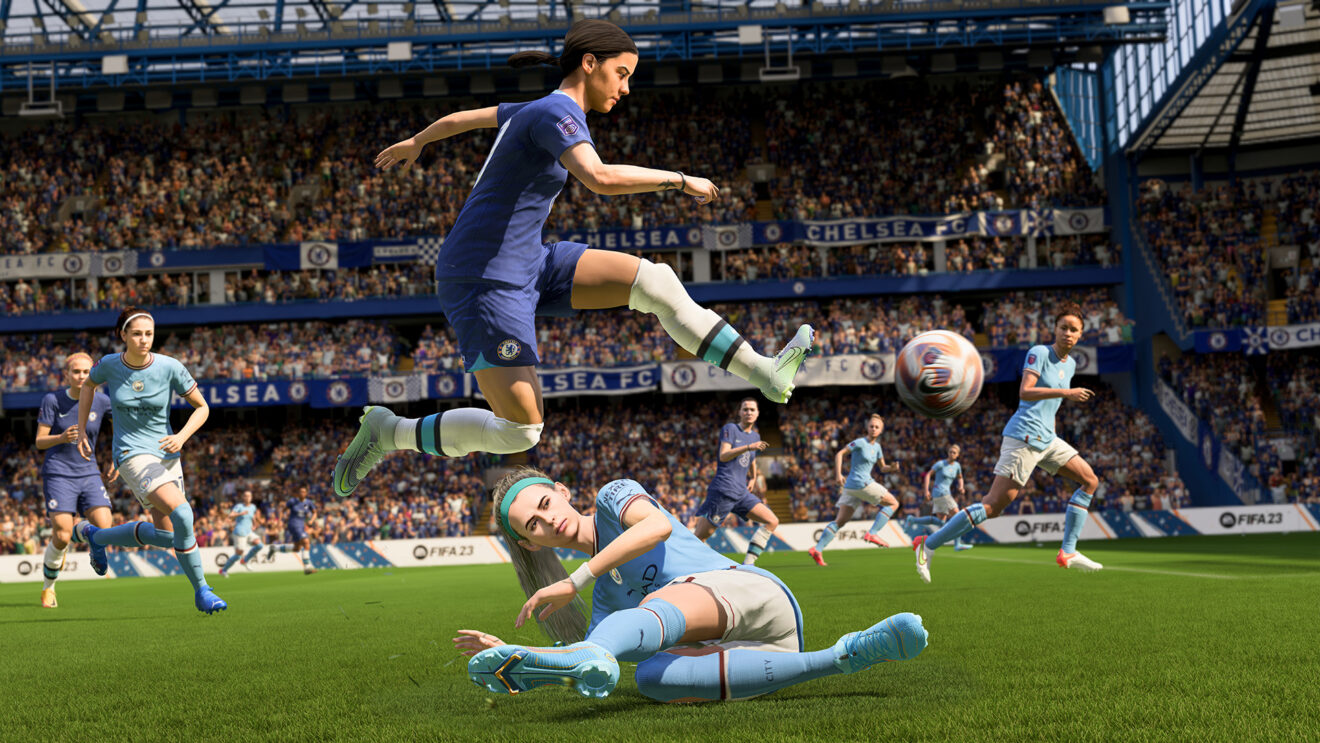 EA has officially unveiled this year’s FIFA entry with a debut trailer.

FIFA 23 includes the HyperMotion2 technology and physics system that will make “the gameplay experience feel more immersive than ever,” according to the publisher. Players can also expect “a new intelligent dribbling system, a more natural and fluid transition to shooting, all-new acceleration mechanics,” and more.

“We have pushed the boundaries of realism in EA SPORTS FIFA 23 through HyperMotion2, using state-of-the-art technology to capture professional men’s and women’s teams in full intensity matches that translates millions of data points into new animations in real-time, Nick Wlodyka, SVP & GM of EA SPORTS FC, said. “The result is the most natural and realistic motion in football gaming, and when combined with the inclusion of both men’s and women’s World Cups, women’s club football, and cross-play features, will immerse players and football fans around the world for years to come.”

In addition to the gameplay improvements, this year’s entry introduces women’s club teams from the Barclays Women’s Super League and Division 1 Arkema. Also coming after launch as part of a free update is the FIFA Women’s World Cup Australia and New Zealand 2023.

FIFA 23 is scheduled to release on September 30th for PlayStation 5, Xbox Series X/S, PlayStation 4, Xbox One, PC, and Stadia.