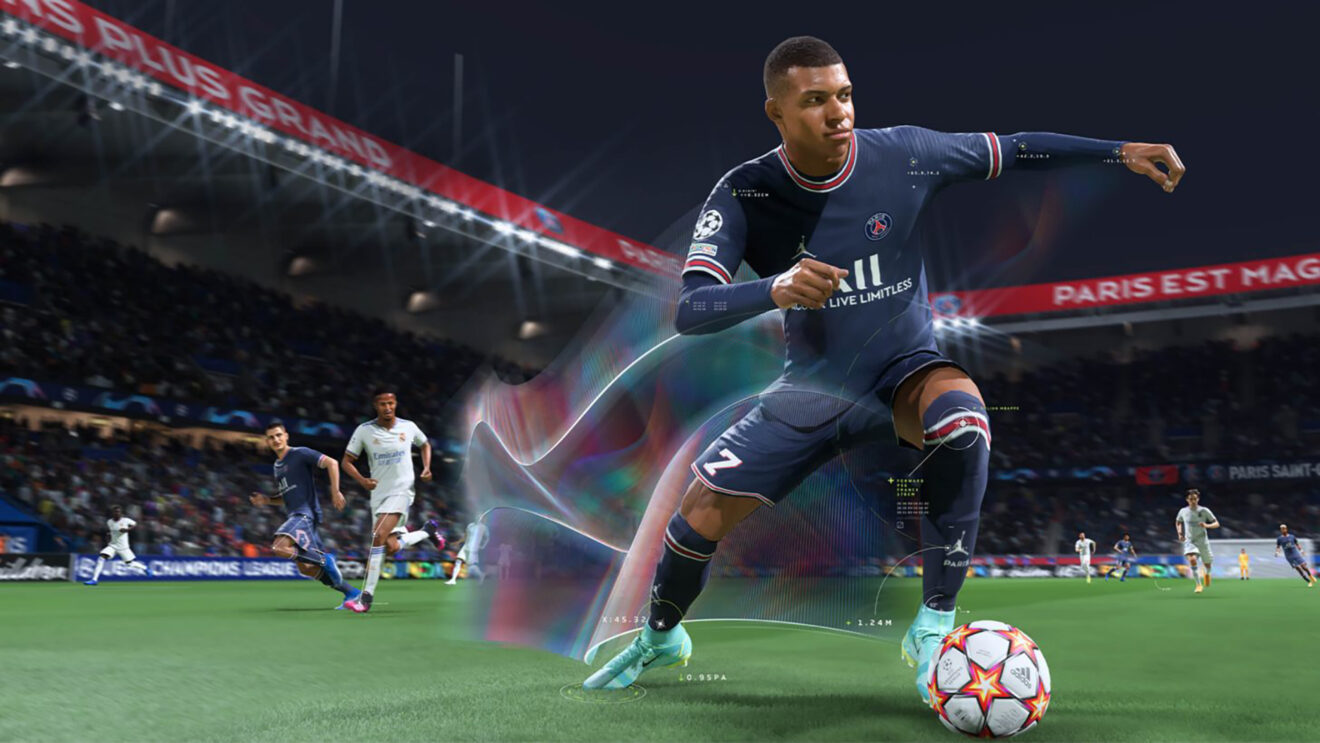 The footage aired as part of the EA Play Spotlight series, interspersed with an interview with a panel of developers.

The banner edition to FIFA 22 is the new Hypermotion technology, an animation system that incorporates mocap from 11-on-11 play sessions with professional players. (Previously, EA relied on individual mocap sessions with one to three players, so that’s a big shift.)

The mocap data from these matches is then translated via machine learning, allowing FIFA 22 to blend together animations to give players more realistic movement cadence, physicality, and even emotion on the pitch.

All told, there are over 4,000 new animations in the game—more than three times the number added in last year’s version. Among these are “Kinetic Air Battles,” which sync up the animations of two players when they go up for a header, allowing them to compete for the ball more realistically, and new gestures that show teammates communicating tactics in real-time through body language. Star players will also get custom animations to reflect how they play, with Dortmund’s Erling Haaland’s distinctive style of running shown as one example.

As if all that wasn’t enough, there are also new multitouch animations for ball control, so your players can take a touch off their thighs or chests before dribbling it forward in one fluid motion.

According to the developers, FIFA previously relied on shorter animations to keep gameplay fluid. With Hypertouch, the game will rely on longer, more realistic looking animations, but you’ll still be able to transition out of them to keep gameplay responsive.

Further adding to the realism is the addition of real-world ball data, which should better account for things like friction along the ground and in the air, and the spin of a ball when it comes off a player’s foot. In short, loft passes should have a more realistic hangtime.

AI-controlled players should also be smarter, thanks to tactical AI that lets attackers make six times more decisions per second. Defenders will understand zones and employ formations more effectively. You’ll also be able to manually set up your tactics for different phases of an attack, with one approach for chance creation and another for build-up play.

Finally, the devs discussed the new explosive sprint feature, which grants you a burst of speed that will let you get by a defender in the clutch. But there is a cooldown, so you can’t just expect to spam it to beat the defense every time you’re pushing to the goal.

You can check out all the footage and the lengthy discussion of these features and more in the video below.

FIFA 22 launches on PlayStation 5, Xbox Series X/S, PlayStation 4, Xbox One, Windows PC, and Google Stadia on October 1st. Keep in mind, though, that many of the new gameplay additions will only be available on the next-gen consoles and Stadia.