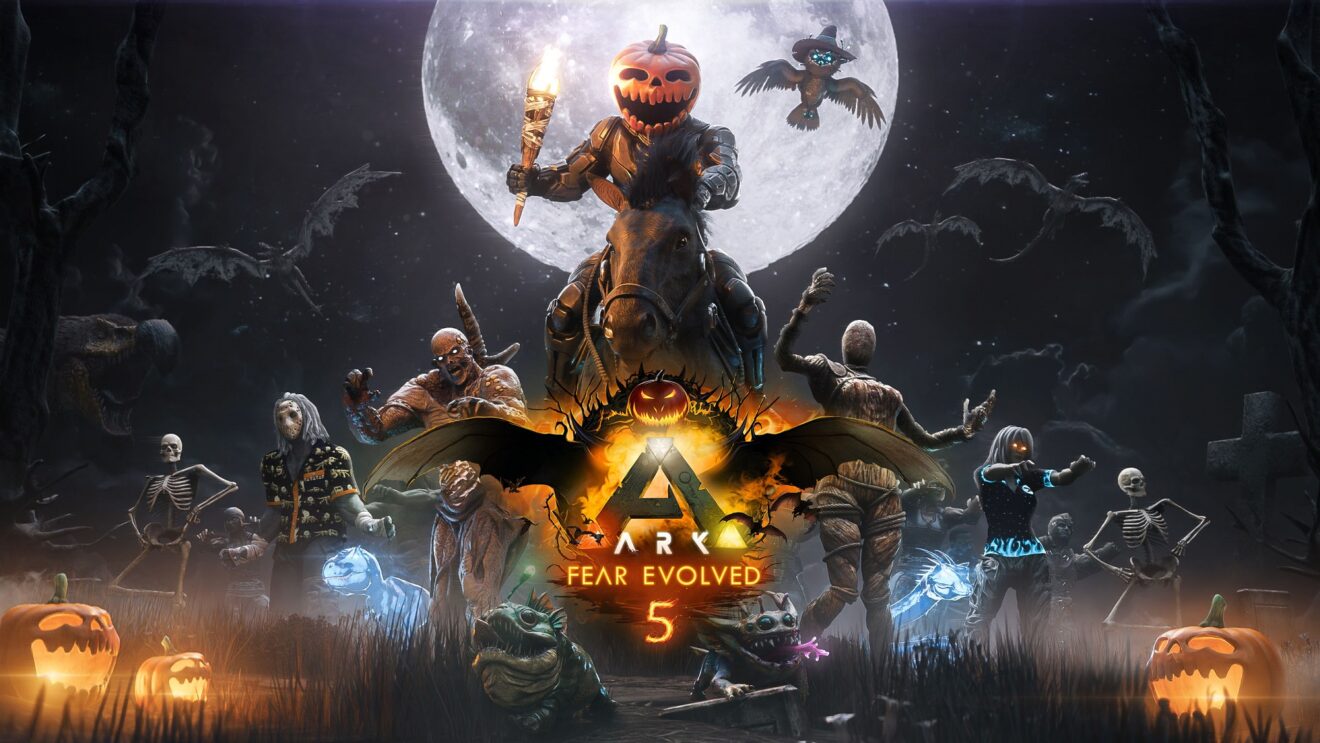 Ark: Survival Evolved‘s Halloween-themed Fear Evolved event has returned to the game for the fifth year.

During the event, which is live until November 9th, players will once again be hunting for the DodoRex and DodoWyvern as well as a number of other Skeletal and Ghost creatures. This year’s rewards include five new Chibis (Witching Owl, Ghost Direwolf, Ghost Basilisk, Ghost Rex, and Ghost Mantis), two new full-body skins, and four new shirt prints.

In addition to the above, players get triple the usual XP, Harvesting, Taming, and Breeding rates, a 1.5x Hexagon Bonus, and better rates for Small Tribe Servers, ARKPocalypse, and Conquest.

Fear Evolved is available now on PlayStation 4, Xbox One, and PC.