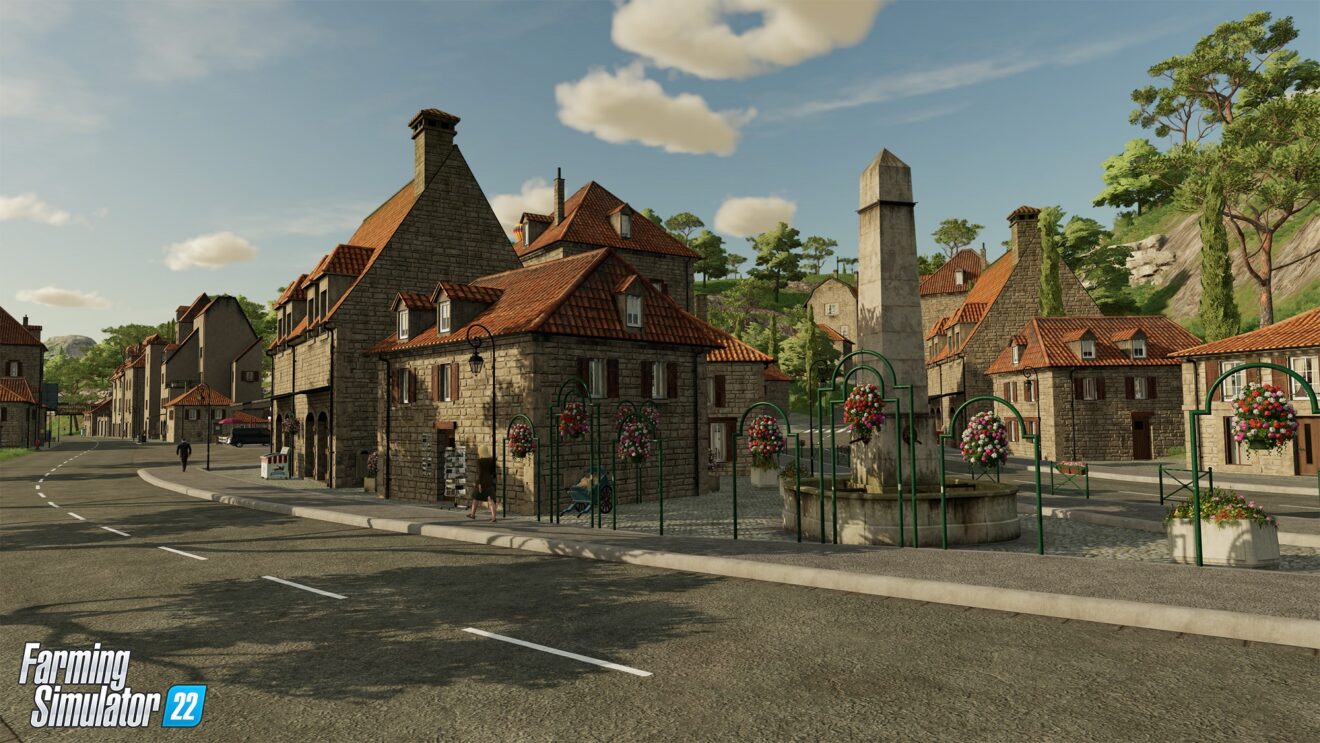 Giants Software has released a new trailer for Farming Simulator 22 that takes us on a tour of the Haut-Beyleron map.

The map takes inspiration from various places in France, including Nouvelle-Aquitaine, Provence-Alpes-Côte d’Azur, Beynac-et-Cazenac, and more. Players will find a castle, gondolas, an observatory, and more alongside 48 fields while exploring the area. Check it out below:

In other news, the developer recently announced that it has increased the number of slots available on console for the upcoming entry. According to Giants Software, Farming Simulator 22 on current-gen consoles will offer 300 percent more slots (5155), while last-gen consoles have an increase of 112 percent (2749). Slots basically define how many vehicles or tools can be on the map.