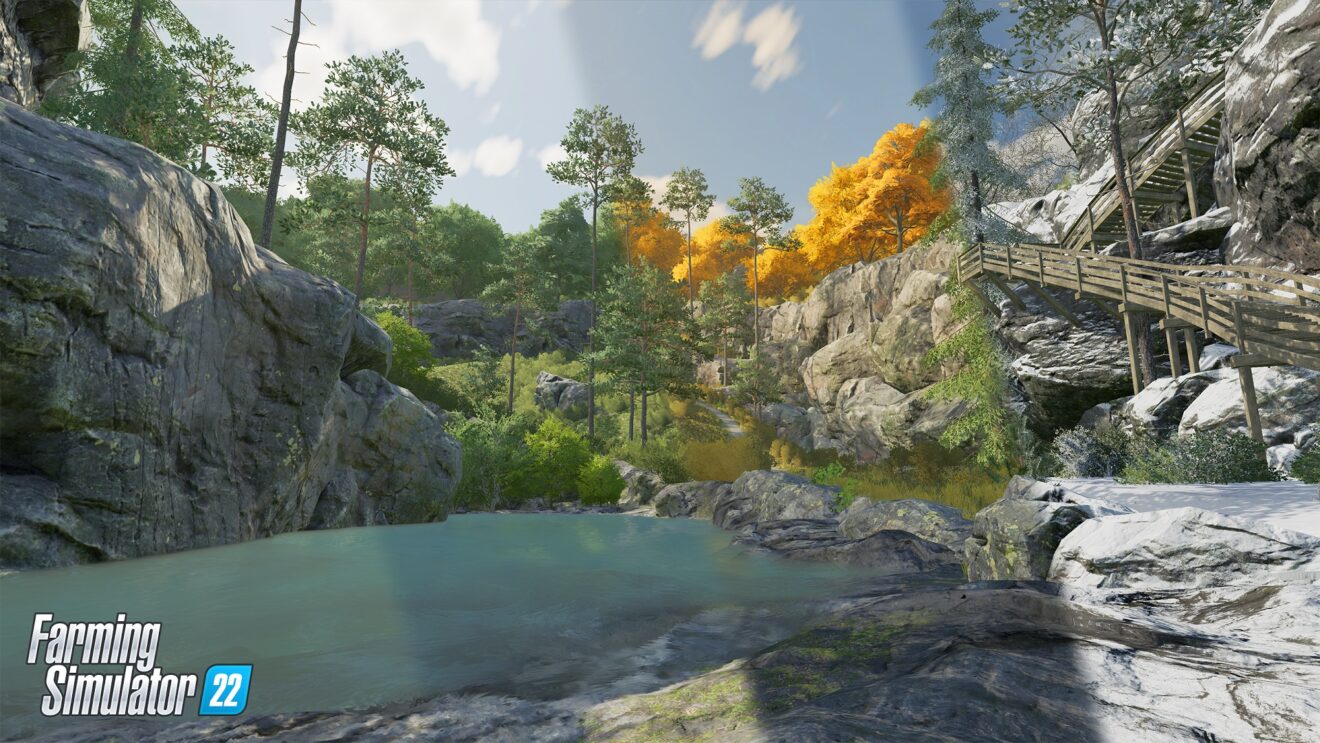 During FarmCon, Giants Software shared details about the new seasonal system that will be introduced in Farming Simulator 22.

In the game, each month is represented by one day and players can choose to skip days and speed up time to move through the seasons more quickly. As the seasons progress, the landscape will change, with trees growing in the spring and summer, the leaves turning golden in the fall, and finally, snow falling in the winter.

Players also have the option to make seasons just a visual thing by turning off the seasonal growth mechanic if they don’t wish to deal with it.

However, players who do want the full experience will need to make use of the new crop calendar. The calendar will inform players when crops must be planted and harvested around the changing seasons.

“Take the new crops, for example: Grapes and olives have to be planted from March to June. Harvest season for grapes starts in September and last until the end of October,” the developer explains. “Olives, though, you have to harvest in the month of October. Sorghum, the third new crop in Farming Simulator 22, needs to be sown from April to May. It’ll be ready to harvest from August to September.”

Finally, the snow means that players are going to have to keep on top of clearing their roads and yards, as well as storing enough food to keep their animals fed during the winter.