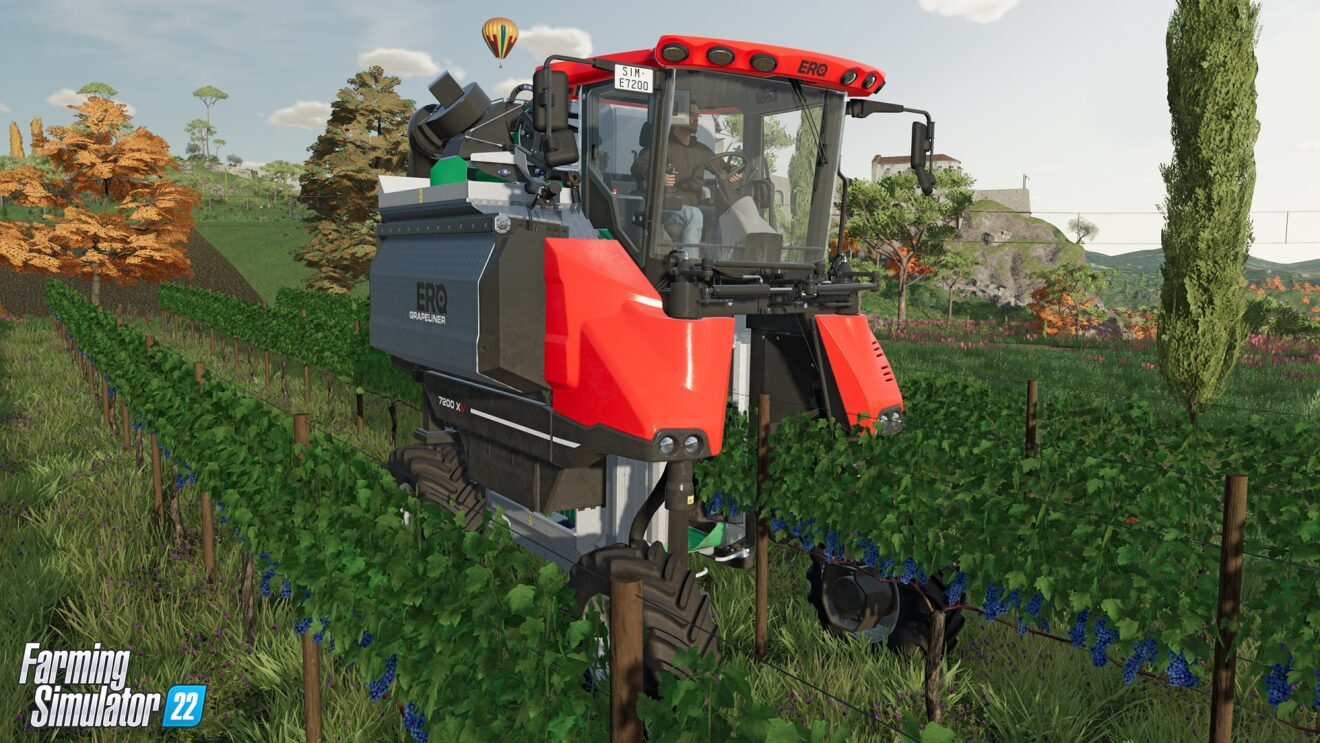 Giants Software has announced that a new piece of specialized machinery is coming to Farming Simulator 22.

Starting August 23rd, PC and console players will be able to add the ERO Grapeliner Series 7000, a high-performance grape harvester, to their fleet of machines. Get a first look at the machinery in action in the trailer below:

The developer notes that the ERO Grapeliner Series 7000 will be included in the Year 1 Season Pass.

Giants Software also revealed that the official Farming Simulator Beacon Light is on the way. The orange-colored beacon connects to the player’s PC via USB and reacts to machinery in compatible games, such as Farming Simulator 22.

“With the official Beacon Light, we are announcing the fourth physical product this year,” Boris Stefan, Head of Publishing at Giants Software, said. “These continuous releases underpin our ambitions as a publisher while we continue to expand our portfolio around the Farming Simulator brand.”