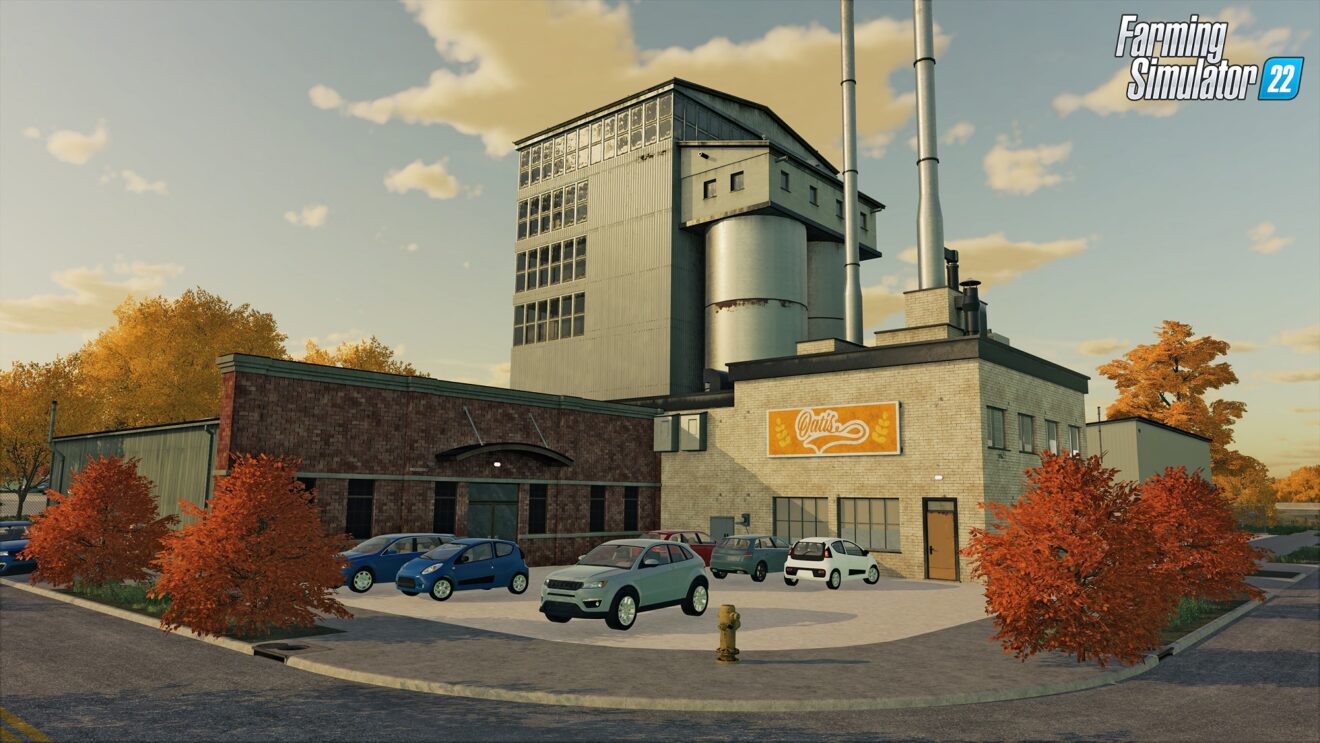 Giants Software has revealed new information about this year’s entry in the Farming Simulator series.

First up, Farming Simulator 22 will allow players to create production chains to earn more cash. In the latest entry, players can deliver their crops to various shops and businesses for processing and then take the processed goods to other places to start a chain. For example, crops delivered to the grain mill will produce flour which can be taken to the bakery to become bread and cakes.

“Depending on the goods the players want to produce, they must provide the respective factory with multiple resources, like butter or sugar, first,” the developer added. “After the production of sellable goods, players are able to further distribute them to points of sale like the supermarket.”

In addition to the production chains reveal, Giants Software unveiled one of two new maps included in this year’s game: Elmcreek. This new map is inspired by the U.S. Midwest region and features large fields and vast open spaces for building farms. There are also rivers, underpasses, a waterfall, a baseball stadium, and a highway.

Farming Simulator 22 is scheduled to launch in Q4 2021 for PlayStation 5, Xbox Series X/S, PlayStation 4, Xbox One, PC, and Stadia.