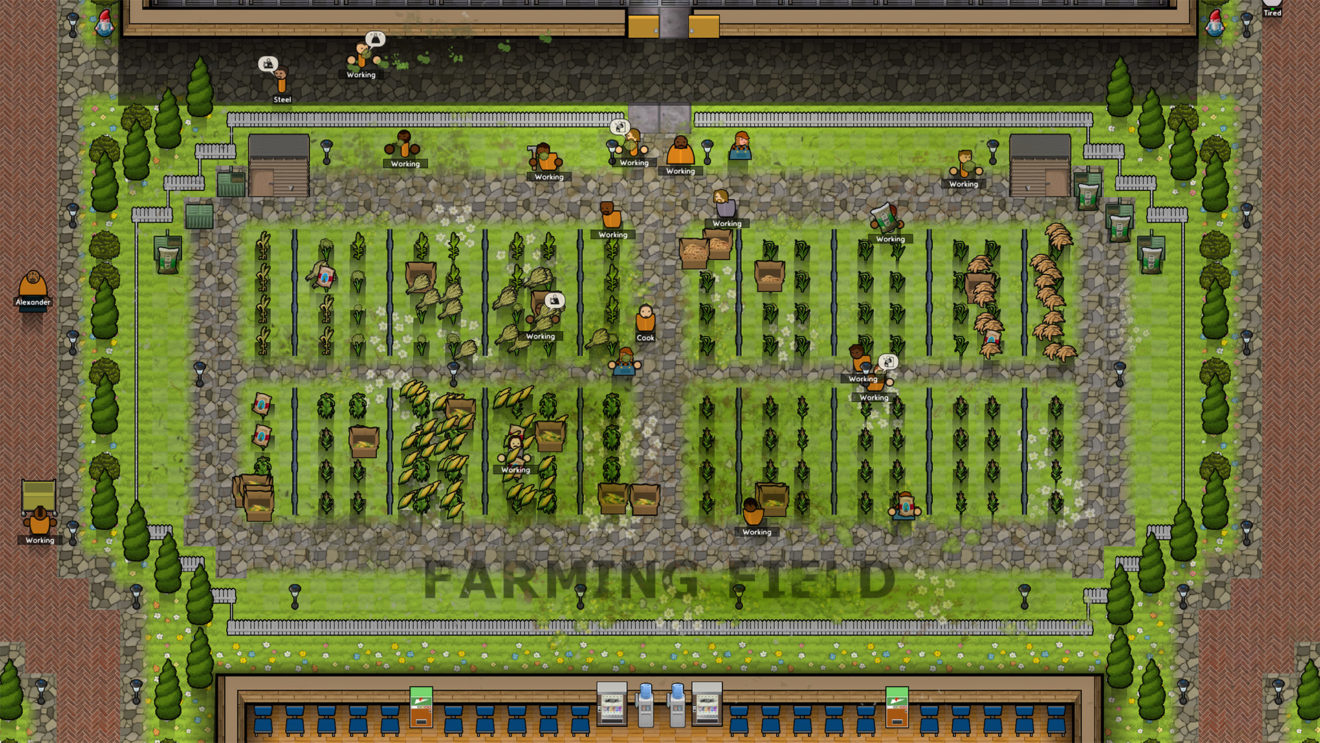 This latest expansion for the game introduces a new type of prison labor that allows inmates to grow crops that can either be exported or used as ingredients for meals. Additionally, the Fruit Orchard, Farm Field, and Vegetable Allotment outdoor rooms are being added alongside a Pantry for storing produce.

Players can also give their prison a green makeover with this expansion thanks to new solar, wind, and solar/wind hybrid energy sources. Excess generated power can be sold back to the grid through the new Power Export Meter feature.

However, it’s not all good news, as new crops mean new contraband. Prisoners will be able to grow their own herbs, steal ingredients to make booze, and turn fields into gang turf.

Joining Going Green will be a free update called The Glasshouse. This update includes additional objects, quickrooms, and community improvements, as well as the K9 units Shepherd and Bowtie Bandit.

“Going Green continues Prison Architect’s history of riffing off popular prison fiction seen in movies, TV, and other media. This will be the third Prison Architect expansion we will have launched since Paradox took over the IP in 2019 and we can’t wait to see your latest creations,” Steacy McIlwham, Product Manager for Prison Architect at Paradox Interactive, said. “The Glasshouse also kicks off a series of updates we will make to the game’s interface, starting with the dump and demolition tools, making it more user-friendly. We understand this is something the community has been asking about for a long time and we want you to know your voice has been heard.”

Going Green is scheduled to launch on January 28th for Xbox One, PlayStation 4, Nintendo Switch, and PC.