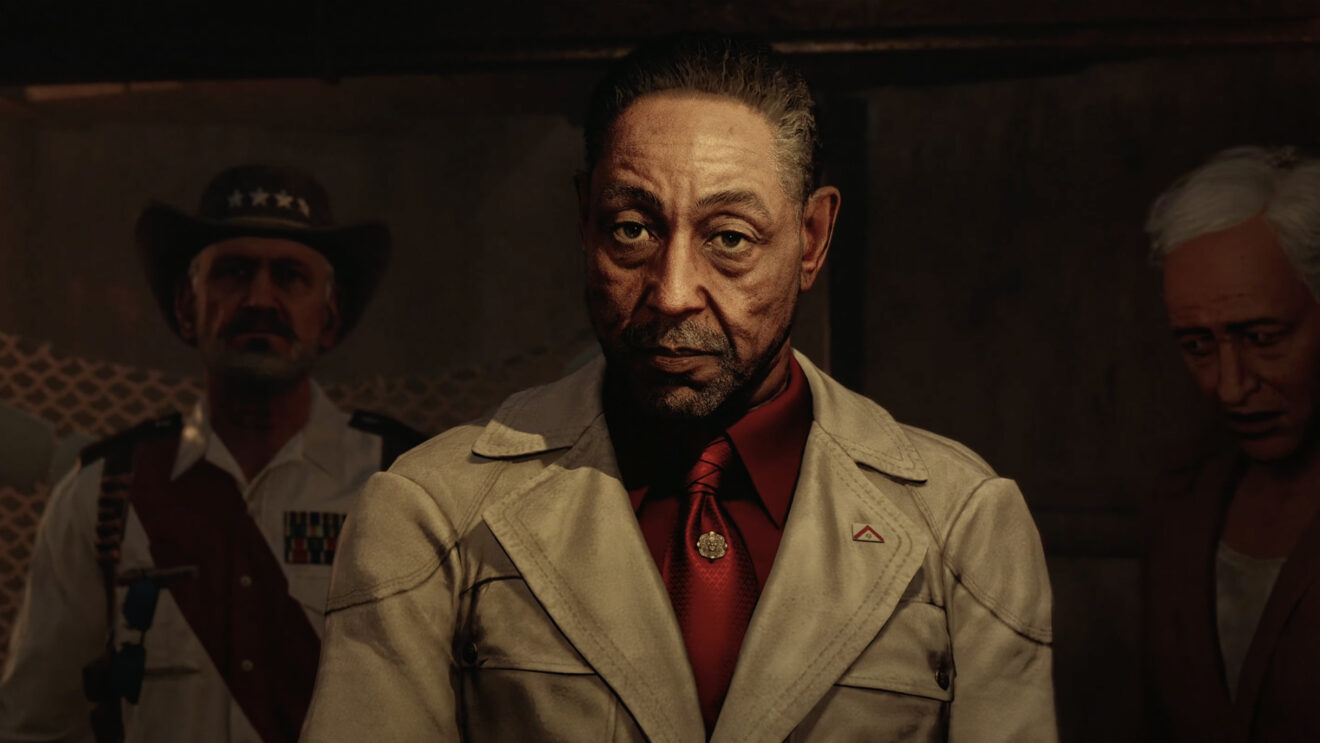 First up, there’s a cinematic from what appears to be the start of the game. Without spoiling too much, it’s a hell of a memorable introduction to Antón Castillo, the dictator of Yara played. Giancarlo Esposito looks poised to turn in another chilling performance, and we can’t wait to see how this story unfolds.

Next is a preview of the DLC coming to Far Cry 6, and it’s a doozy. You’ll be playing as past series villains Vaas, Pagan Min, and Joseph Seed, apparently in standalone side-stories detached from the plot of the main game.

Given how great Vaas and Pagan Min were in their own games (sorry, Joseph, but no one cares about you), that’s a pretty exciting prospect for Far Cry fans.

Finally, Ubisoft’s Far Cry segment concluded with a teaser for Far Cry 3: Blood Dragon, the silly, ’80s-fueled standalone DLC, but it’s unclear exactly what that means. Perhaps a next-gen remaster is in the works.