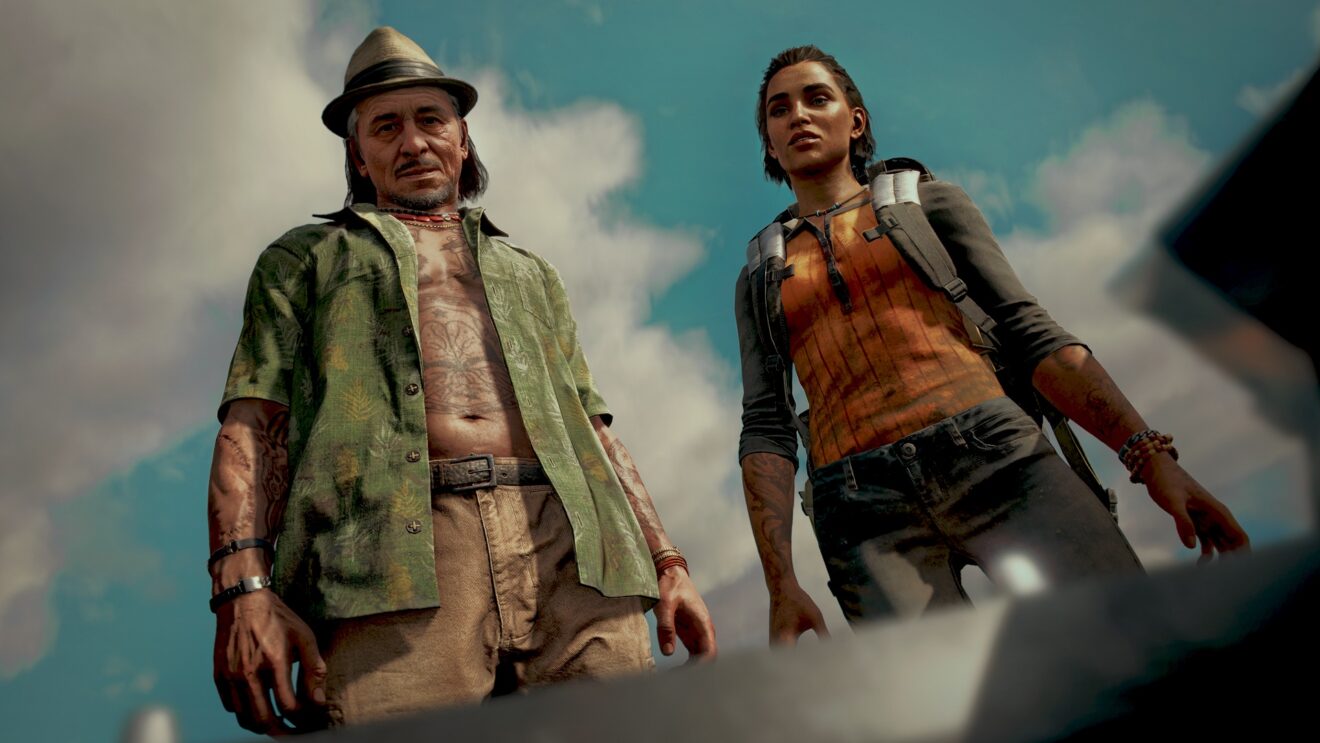 Ubisoft has released its first gameplay trailer for Far Cry 6, and with that has come a new release date.

Far Cry 6 is now set to launch on October 7th for Xbox Series X/S, PlayStation 5, Xbox One, PlayStation 4, and PC. But we learned much more about the game and than just that from a recent livestream and gameplay trailer.

The biggest change in Far Cry 6 is that there now appears to be third-person cinematic cutscenes featuring the player character, Dani Rojas. It’s the first time that a Far Cry game has shifted the story away from the first-person perspective, so it’ll be interesting to see how this might open up the series’ narrative possibilities as Dani fights to take back Yara, the fictional country that serves as the game’s setting.

This perspective shift is also a good way to show off the character customization that’s coming to Far Cry 6. While the last game had fairly extensive customization, the problem was that you couldn’t really see it. In this game, the player character actually has a name—Dani Rojas—and a personality, and you can dress him or her in whatever guerilla fighter duds you can find. A character trailer for Dani also hinted that he or she has a much deeper connection to Diego, the son of Yara’s tyrant, Anton Castillo.

The game’s narrative is only one-half of what Ubisoft showed off. We also got a ton of new information about Far Cry 6‘s gameplay and its approach to portraying what narrative director Navid Khavari called a “guerilla fantasy.”

Far Cry 6‘s Yara is the most ecologically diverse we’ve seen in a Far Cry game so far. The fictional island country will feature jungles, coastlines, small towns, big towns, and an enormous capital city, all of which Dani can traverse with customizable vehicles, boats, and even horses. Throughout Yara, Dani can also find guerilla camps that will feature shops and side activities like dominoes.

Dani and his or her vehicles aren’t the only things that are customizable in Far Cry 6. Players can cobble together their own weaponry and even use stuff found in the environment as ammunition. Weapons spotted in the gameplay trailer include a gun that uses sardine cans as ammo, a chain gun that uses a motorcycle engine, and a gun that fires CD-Rs so hard that they become deadly.

The “Guns for Hire” system from Far Cry 5 seems to be making a return… sort of. It looks like you can’t really call in human backup like you could in the last game, but you can at least bring along an intrepid wiener dog named Chorizo or a vicious croc named Guapo to help you take on Castillo’s army.

The other major addition to Far Cry 6‘s gameplay is Dani’s Supermo backpack. This looks to be customizable, too, and can serve all kinds of functions. So far, we’ve seen Dani using it as a flamethrower tank, a jetpack, and even a portable rocket salvo.

You can check out the full gameplay trailer below and meet Juan Cortez, Dani’s guerilla sensei.