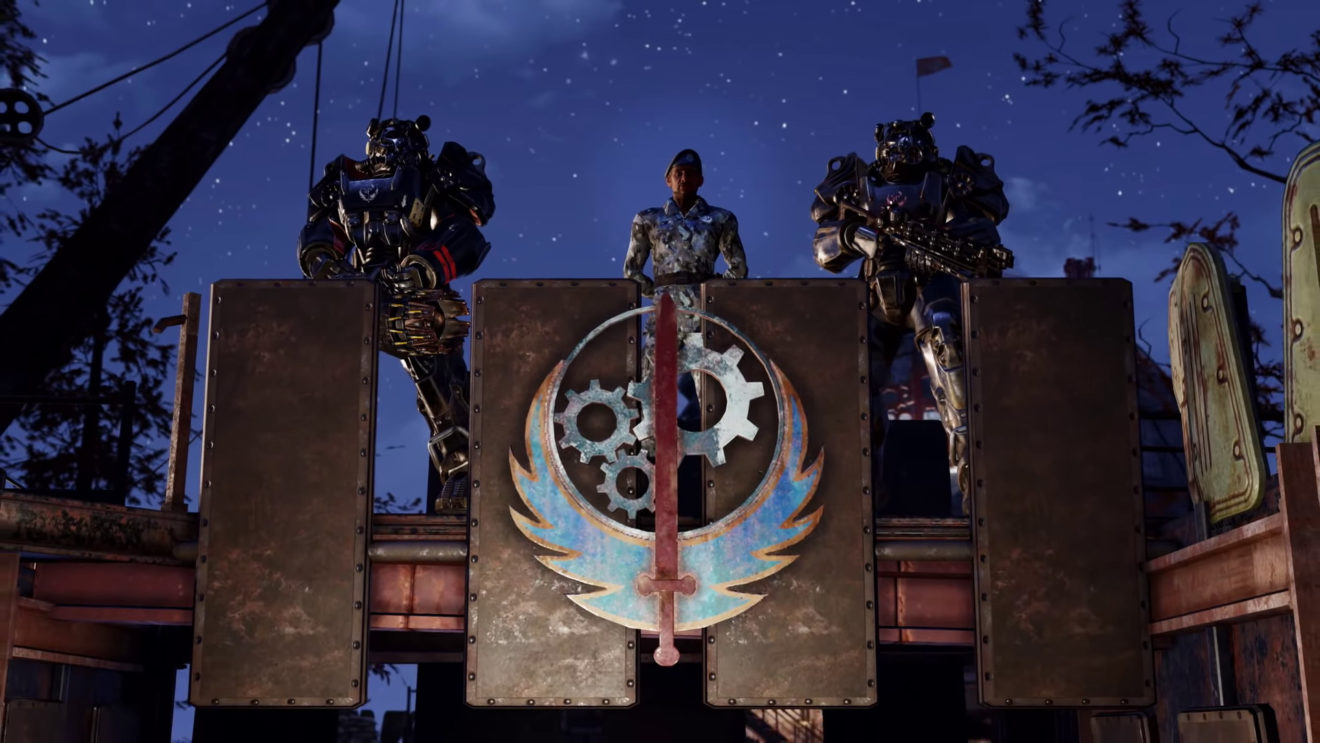 Bethesda has released a new teaser trailer for Steel Dawn, the free Fallout 76 content update that brings the series’ iconic Brotherhood of Steel faction to the Appalachian Wasteland to kick off a year-long story arc.

Fittingly enough, the trailer is formatted as a of propaganda video, showing soldiers in Power Armor swooping in to rescue a hapless survivor, before cutting to slogans in front of a Brotherhood flag interspersed with heroic shots of the troops.

The Brotherhood of Steel has been a fixture of the Fallout universe since the first game, though different depictions have varied somewhat, and the lore has gotten a bit muddled since the early days. Three things that unite all versions of the Brotherhood, however, are their militaristic nature, their obsession with collecting and preserving old-world technology, and their totally rad Power Armor.

The faction that appears in Fallout 76 will be led by Paladin Leila Rahmani, who travels from California hoping to establish a new chapter in the ruins of West Virginia. (Though there are some remnants of Brotherhood in the game already, the only living members are a small expeditionary force introduced in the previous major update.)

Bethesda has been teasing this update since May, when it was known as Fractured Steel, so we already know a fair bit about it. In addition to the start of the new Brotherhood-focused storyline, you can expect new weapons, armor, and map locations. You’ll also gain the ability to construct C.A.M.P. Shelters—instanced interior spaces located underground—as the feature moves out of testing and goes live for everyone.

Steel Dawn is now slated to arrive sometime in December. Fallout 76 is available on PlayStation 4, Xbox One, and Windows PC.