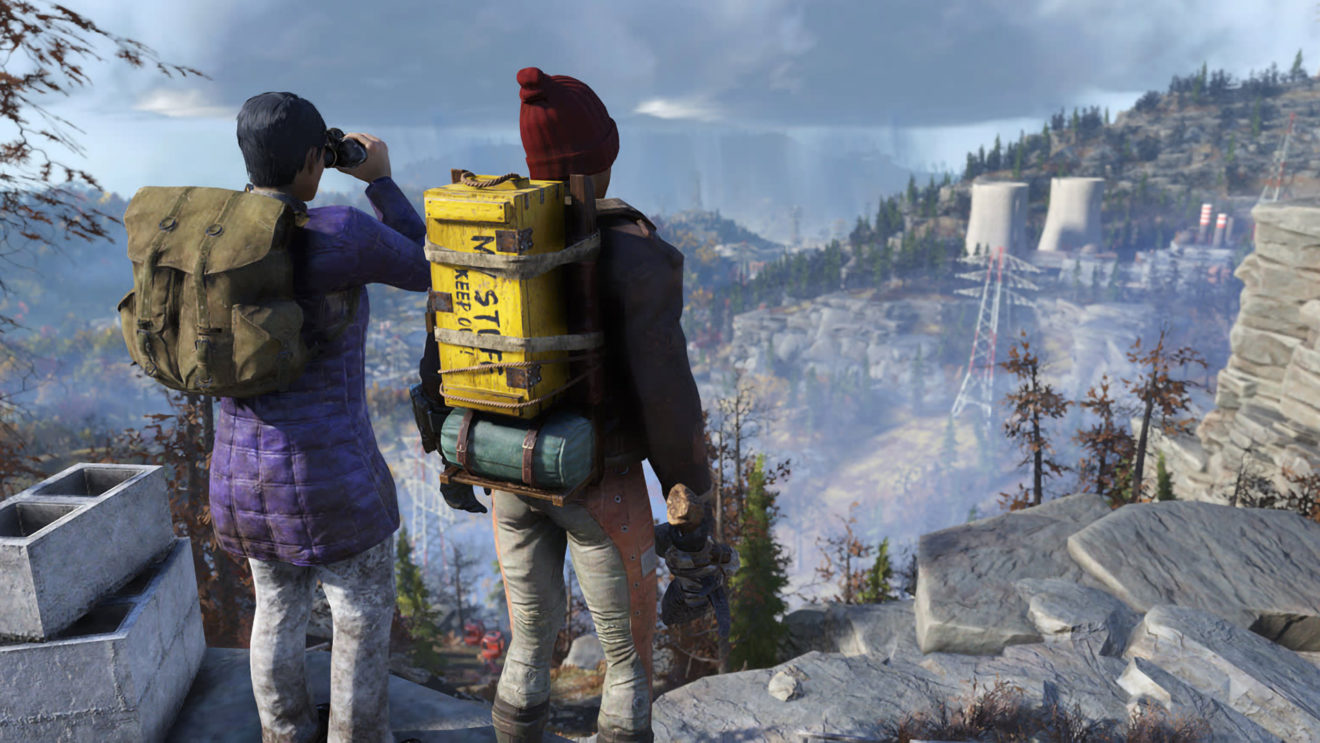 In a new blog post, Bethesda has offered new details about a substantial quality-of-life improvement rolling out to Fallout 76 in the coming weeks: One Wasteland.

Though it might sound like a post-apocalyptic charity concert, One Wasteland is actually just the dev team’s branding for a new approach to level-scaling. As the post explains, One Wasteland will mean enemy creatures will dynamically adjust to match the current level of each player they encounter (though they’ll still have maximum and minimum levels). That even extends to meeting multiple players at the same time—an enemy can now be different levels to different players, with damage and HP to match. Loot rewards will adjust accordingly, as well.

Bethesda offered a specific example, of a level 300 player and a level 30 player traveling to the game’s West Tek Research Center together, to illustrate:

Even though you will both see the exact same Super Mutants at that location, their levels will automatically appear higher to you and lower to your friend so that they are more appropriate to your individual characters. In addition to their levels, the Super Mutants’ damage, health, and resistances, as well as the loot they drop and the XP they award, will also better match each player. This means that your level 30 friend can now meaningfully contribute to the fight in this formerly high-level location, which was not possible before. You will also earn more XP per kill than before, since these Super Mutants previously could not spawn at such high levels. While creatures will still have minimum and maximum levels, One Wasteland will bring much more flexibility to players’ combat encounters going forward.

Bethesda is touting a few major benefits to this approach. First, of course, is that players of vastly different levels will be able to play together more frequently, without higher-level survivors simply dragging along their novice friends. Second, new players will have an easier time exploring more of the game sooner, rather than being stuck in starting areas until they’ve leveled up.

Finally, there will be more reason for a wider pool of players to visit or revisit events and areas. Low level players can take on tougher content without floundering, while higher-level players can head back to easier content and still be rewarded with meaningful loot.

One Wasteland will roll out to all Fallout 76 players as part of a broader update next month, but not everyone has to wait that long to try it. If you currently play on PC, you can help the development team by testing out One Wasteland right now by joining the Public Test Server and posting your feedback on the PTS Forum.

Fallout 76 is available now on PlayStation 4, Xbox One, and Windows PC through Bethesda.net and Steam.