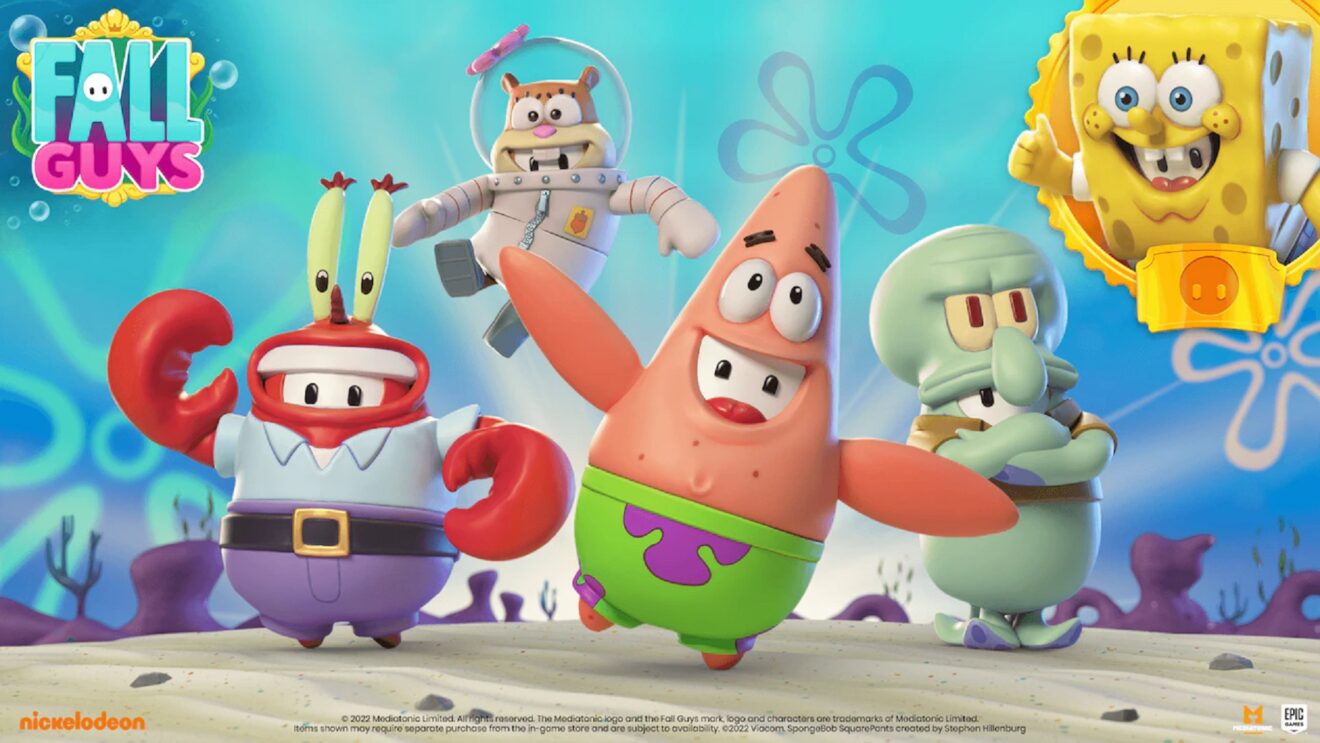 Mediatonic has revealed that the third season of Fall Guys, Sunken Secrets, is scheduled to go live tomorrow, November 22nd.

This latest season will introduce five new rounds to the game, including Blastlantis, Hoop Chute, Puzzle Path, Kraken Slam, and Speed Slider. There will also be new Time Attack Trials running throughout the season every Friday to Sunday.

Joining the SpongeBob Squarepants costume are costumes based on Patrick, Sandy, Mr. Krabs, and Squidward as part of a SpongeBob collaboration. These costumes can be purchased from the store with the Imaginaaation Emote from December 1st.