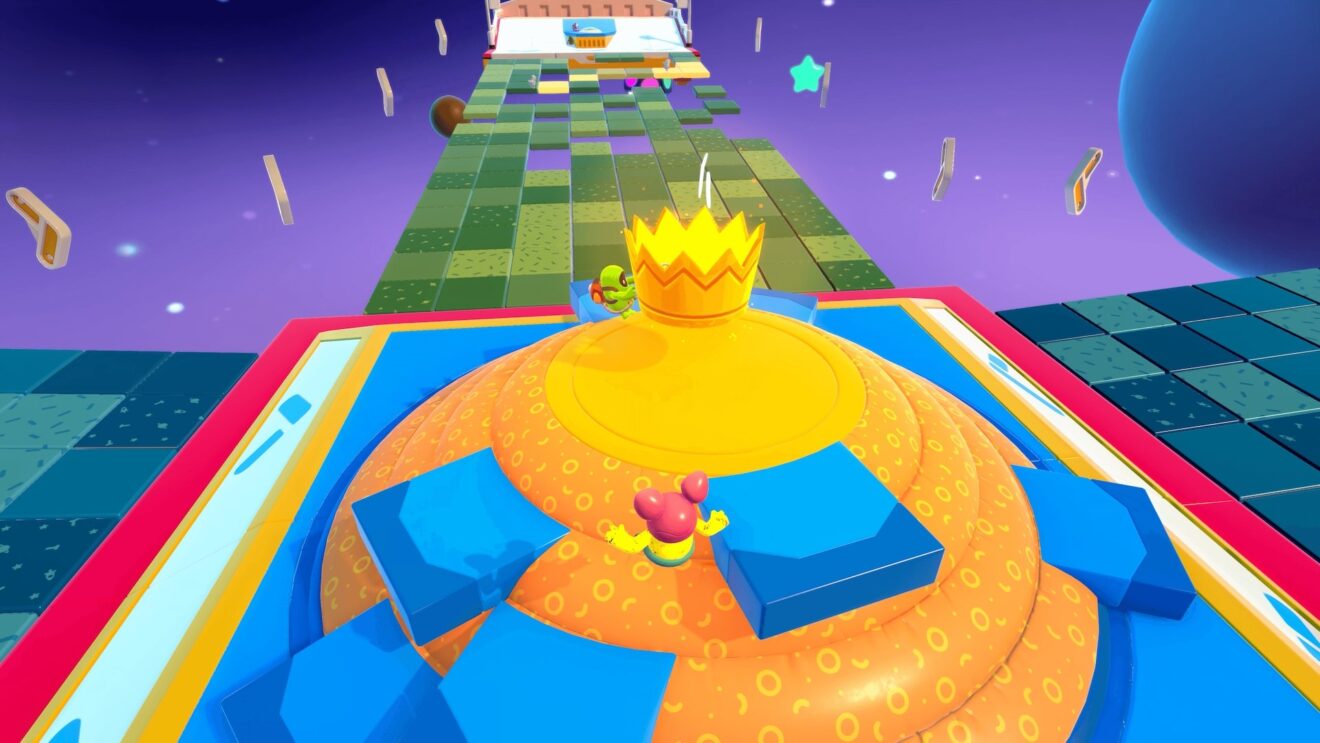 The second season of Fall Guys‘ switch to free-to-play, Satellite Scramble, is now live across all platforms.

Season 2 introduces eight new rounds, including a new finale version of Tip Toe for Squads and a new hoverboard round titled Hyperdrive Heroes. A brief description of each round, courtesy of developer Mediatonic, can be found below:

In addition to the new rounds and obstacles, Mediatonic has upped the number of levels in the Season Pass to 200. Players will find plenty of Crown Shards and three new additional costumes while working through the extra levels. Read the full Season 2 patch notes here.