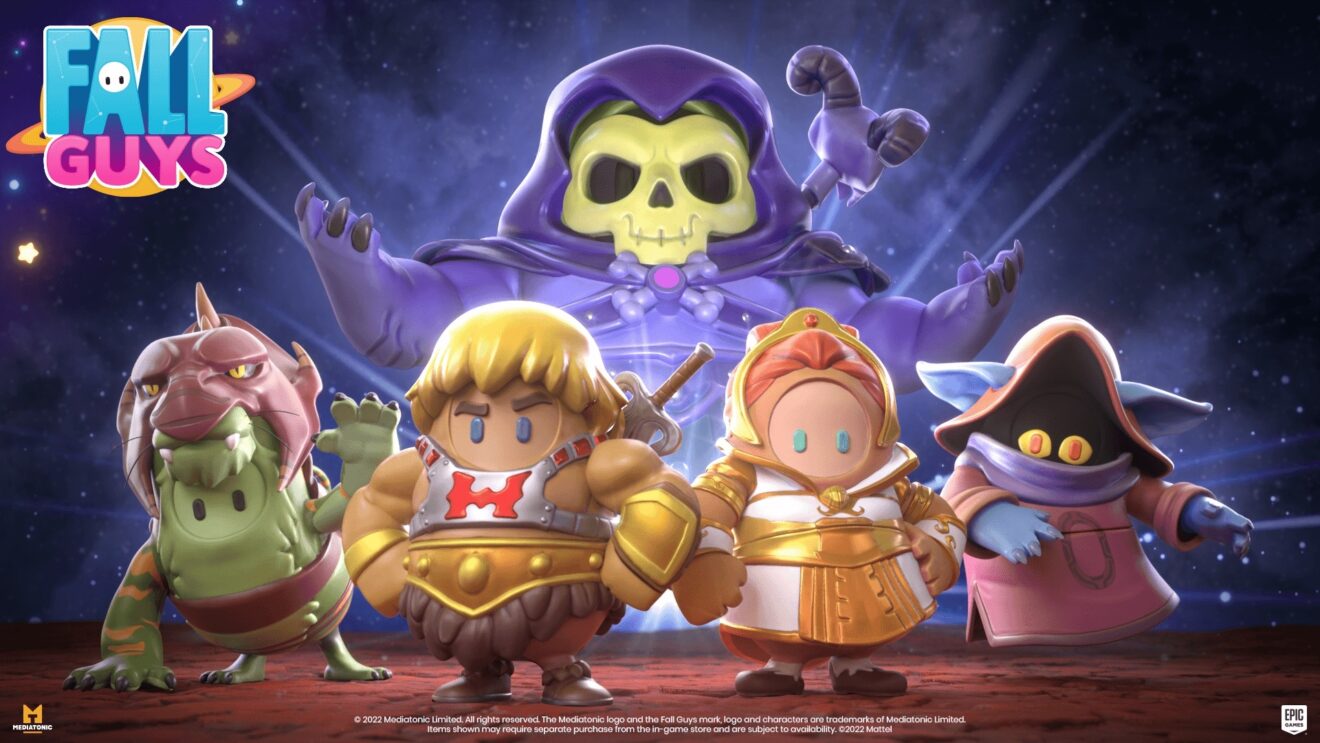 Fall Guys’ next event is The Power of Beanskull

Fall Guys’ latest crossover is with the Masters of the Universe franchise, Mediatonic has revealed.

The event runs from November 3rd through November 7th and introduces a special show in which players can collect He-Man’s Sword of Power and Skeletor’s magical Havoc Staff. Collect these to complete challenges, collect points, and earn the following items:

In addition to the above, players can grab costumes based on He-Man, Teela, Battlecat, Orko, and Skeletor, as well as the Skeletor’s Cackle Emote and the I Have the Power Celebration.