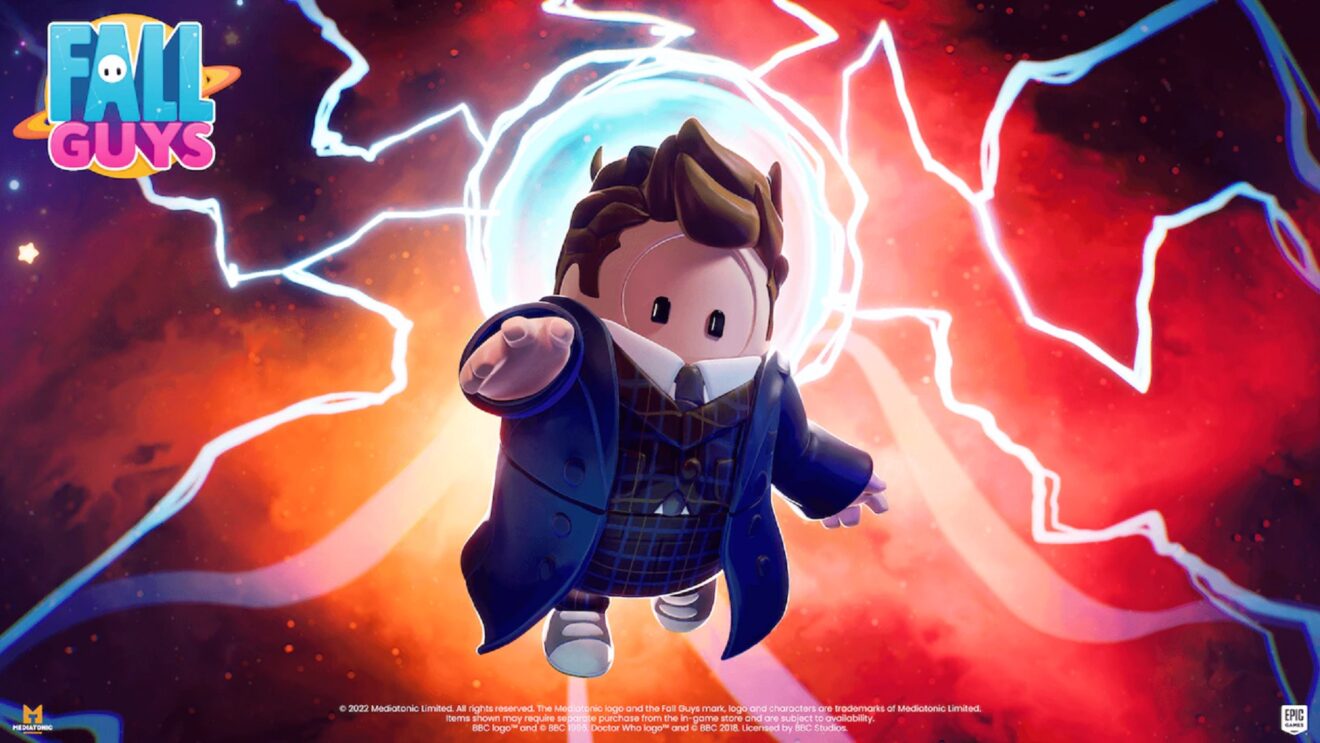 Fall Guys is having a Doctor Who crossover

Doctor Who is heading to the Blunderdome tomorrow, November 1st, developer Mediatonic has revealed.

As part of the crossover, costumes based on the Fourth, Thirteenth, and recently revealed Fourteenth Doctor will be available. Additionally, the Doctor’s greatest foe, the Daleks, will be arriving via a new costume.

Completing the crossover is the Sonic Screwdriver Emote with its iconic sound. The Doctor Who crossover comes to an end on November 5th.

In other news, there’s still a little time to grab the Ghostbusters-themed costumes before they leave the store, including Slimer, Gozer, Zuul, and the Ghostbusters uniform.