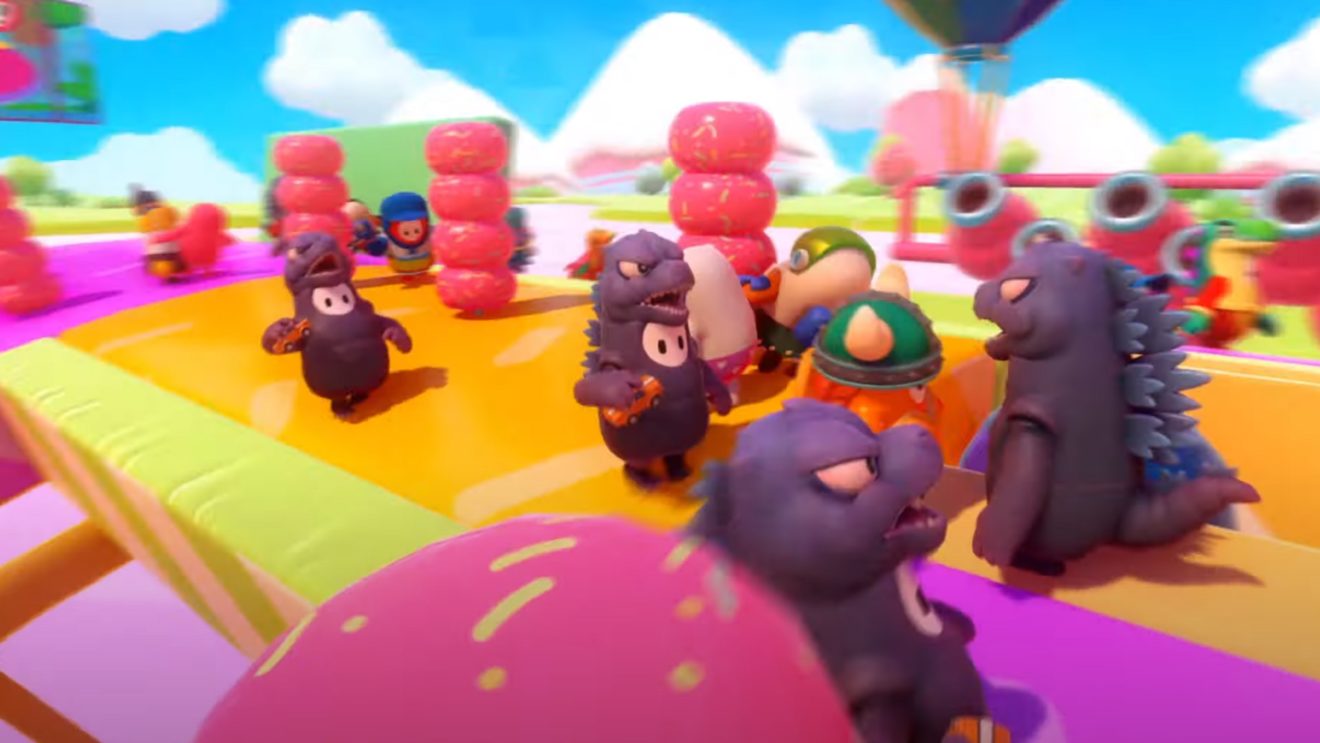 The highlight of the update is the new Big Fans level. This new addition sees players racing across giant spinning fans while avoiding rotating bars to reach the finish line.

There will also be a number of new level variations introduced in the mid-season update. A few examples include spinning axes in Hoopsie Legends, an all banana version of Fruit Chute, and Thicc Bonkus in Hit Parade. Additionally, there’s a new name system for PC, the ability to queue for multiple shows, and improved stability.

Finally, a number of bugs will be fixed such as falling through tiles in Hex-A-Gone, losing jump inputs, and beans just falling over randomly on flat surfaces.